5 quintals of ganja seized from goods truck in Odisha, 3 held 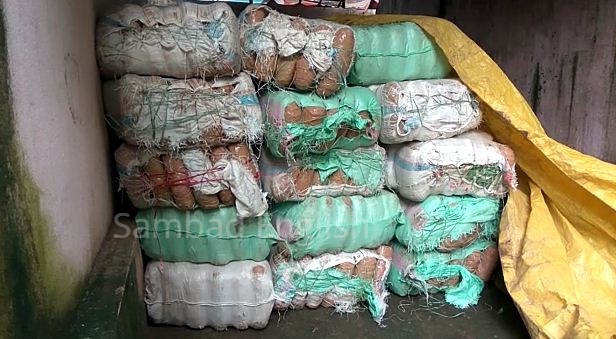 Balangir: Around 5 quintals of ganja were seized from a goods truck near Women’s College Square in Odisha’s Balangir town today while three persons of Jharkhand have been arrested in this connection.

According to reports, Excise officials, acting on a tip-off, intercepted the vehicle and searched it, which led to the recovery of the contraband from the truck. The driver of the vehicle is among the arrested ones.

The truck having registration number of Jharkhand has been seized by police and further investigation was underway to unearth the possible involvement of others in the ganja smuggling.

Will miss playing IPL in India in front of home crowd: Bhuvneshwar