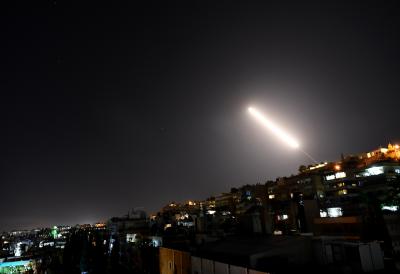 Damascus: Five soldiers were killed during an Israeli missile attack on the international airport in Damascus and military sites south of the capital, the military said on Saturday.

The Syrian air defences were triggered by the attacks, shooting down a number of the Israeli missiles, Xinhua news agency quoted the military as saying.

The Syrian Observatory for Human Rights, a Britain-based war monitor, said the attacks targeted the countryside of Damascus and the Sayyida Zainab area, where the Hezbollah, a Lebanon-based Shia armed group, is present.