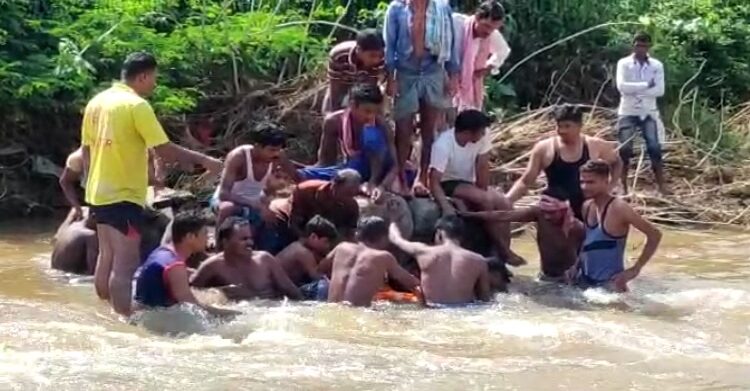 Boudh: A 5-year-old boy was rescued by an ODRAF team after being trapped in a rock crevice in a flooded stream at a village in Boudh district today.

According to reports, the child along with his friends had been to a stream in the morning. While taking bath with them, one of his legs got trapped in a rock crevice and he could not be able to come out from the flooded stream.

His friends called the locals seeking help to rescue him. Later, the ODRAF team reached the spot and successfully rescued the victim from the danger. The operation took more than two hours to rescue the boy.