5G services will roll out in Odisha soon: Ashwini Vaishnaw 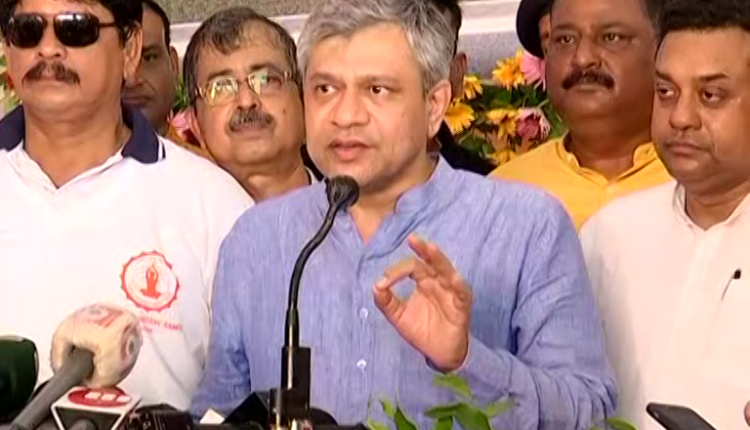 Bhubaneswar: Two days after announcing that 5G deployment will roll out in 20 to 25 cities and towns in the country by the year-end, Union Telecom Minister Ashwini Vaishnaw today said the services will soon be introduced in Odisha as well.

The Minister informed this on the sidelines of Yoga Day celebration in Puri today.

Replying to media queries over non-inclusion of a single city/town from Odisha in the list of places selected for 5G deployment, the Minister assured that 5G services will come to Odisha subsequently, after successful launch of the much-awaited telecom service on pilot basis.

In reaction, state IT Minister Tusharkanti Behera said no official letter has been received from the Centre in this regard yet.

“It is very disappointing to see that none of the cities or towns from Odisha has found place in the list of places selected for 5G deployment. We will have a discussion on the same. But as Odisha is going to get the status of IT hub, we are optimistic that the state will be definitely be covered under the scheme, in later phase,” he stated.

He further informed that districts like Sundargarh, Kandhamal, Malkangiri, Nabarangpur, Rayagada and Gajapati are still deprived of telecom services in the state.

“We had appealed to the Centre to provide telecom services in the said districts. We are very thankful to the Union Government for its consent to ensure the same,” he added.

It is pertinent to mention here that 5G will provide internet speed and capacity at least 10 times higher than 4G services and spawn new-age offerings and business models.