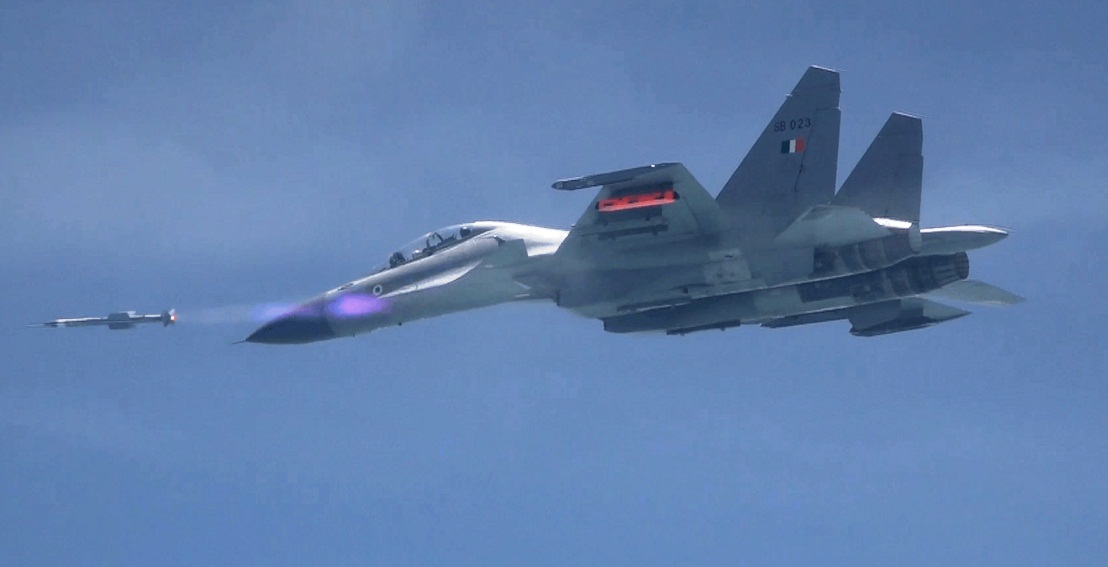 The Beyond Visual Range missiles were fired from the Sukhoi-30 MKI platform from Chandipur. An official said the trials were conducted by Indian Air Force (IAF) against Jet Banshee target aircraft simulating all possible threat scenarios.

“Three missiles were launched in combat configuration with warhead. maneuvering targets were neutralized to establish the end-game capability of the missile. The trial campaign also included a direct hit of the target by a tele-metered missile at maximum range. The successful trials have proved the end-to-end performance of the missile in different combat scenarios,” said an official.

According to officials, the mission parameters and objectives were met during the trials with all subsystems performing accurately. The missile has a range of above 100 kms and also has modern guidance and navigation techniques.

More than 50 public and private industries have contributed in building the Astra weapon which also has midcourse guidance and radio-frequency seeker-based terminal guidance to achieve target destruction with pin-point accuracy.