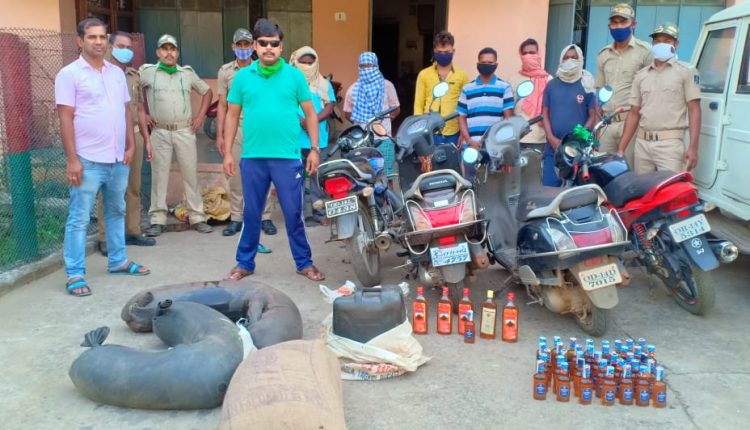 Rourkela: While the lockdown has been extended, it seems liquor smugglers are benefitting out of the situation the most. In a major crackdown, the Excise personnel today arrested six bootleggers and seized a huge quantity of spurious foreign liquor in Brahmanitarang area in Rourkela.

Acting on a tip-off, the Excise personnel along with police raided different places in Brahmanitarang area yesterday and today. They seized more than 13 packets of spurious liquor and arrested the six persons.

During preliminary investigation, it was found out a racket is involved in the supply of spurious liquor of foreign brand from Jharkhand and Arunachal Pradesh to Rourkela, an official said.

One auto rickshaw, two mopeds and five motorcycles were seized from their possession.

Before cyclone FANI and now AMPHAN: Flag atop Puri Jagannath temple snaps off

Man set on fire for stalking woman in UP