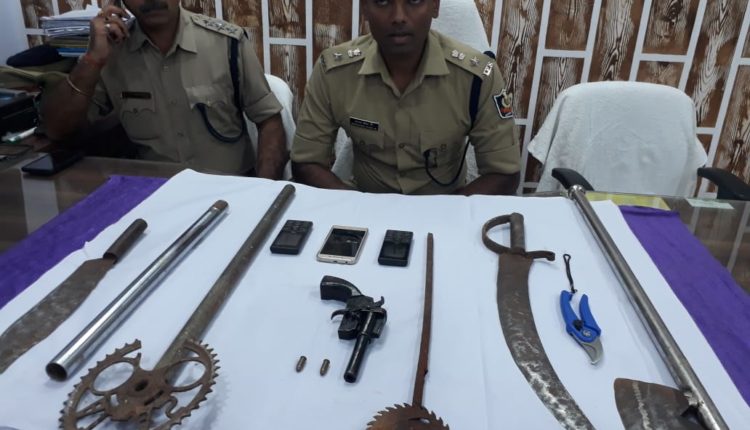 Rayagada: Rayagada police arrested six persons including three juveniles on charges of abducting a youth from train for ransom in Odisha.

Among six, three accused persons were identified as Sundhi Prakash (35), G Surendra (34) and Sundhi Suraj (20). All are the residents of Rayagada district.

According to reports, the victim Bibhuti Pujari (19), a resident of S. Rampur village of Sonepur district, who is working in Pune, was travelling from Visakhapatnam to Titlagarh by Dhanbad-Alleppy train on Nov 11. Some miscreants abducted him from the train and alighted at Lada Railway Station from where the culprits along with the victim moved to mango orchard surrounded by cotton crops on the outskirts of Rayagada. The abductors assaulted the youth brutally in the confinement. They forced him to contact his family and ask for ransom amount of Rs 10 lakh for his release.

After receiving calls from Bibhuti, his father approached the Rayagada police for help. Based on complaint, a special squad was formed to crack the case.

Acting on a tip-off, the special squad of police raided the confinement where the victim was kept and rescued him. During raid, six accused persons were caught, while some others managed to escape.

The police also seized four vehicles including an SUV and an autorickshaw as well as weapons (3 axes, 1 sword, 1 bill hook and 1 iron rod, one mouzer and two ammunitions) and three mobile phones used in youth’s kidnapping.

The raids are being conducted at several locations to nab the absconding accused persons, Rayagada police said in a release.

A case has been registered against the culprits under sections 364(A), 34 of IPC.

Lured of snacks, 4-YO boy ‘abducted’ in…