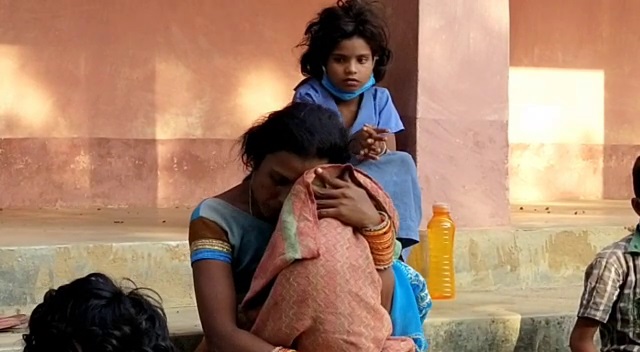 Nuapada: A few hours after arrival from Andhra Pradesh, a 6-year-old boy died at a quarantine centre at Khariar area in Nuapada district in the wee hours of Saturday.

According to reports, the child along with his parents, who are migrant labourers, was lodged at a quarantine centre at Chalanpada under Khariar Block after they returned from Andhra Pradesh on Friday.

Reports said that the child was sick and was suffering from fever with loose motion when he was brought to the quarantine centre.

“The returnees along with the child were registered at the quarantine centre at around 4.00 pm on Friday. The parents said that the child was suffering from fever following which we informed an ASHA worker to visit the temporary medical camp (TMC) with medicines. As we were told that the condition of child patient was not serious, we did not make immediate arrangement for medical care,” said an on-duty official at TMC.

The woman official clarified that proper services and medical attentions are normally being given to all the quarantinees with regular visits of Sarpanch, ASHA workers, health officials and teachers a day after the returnees make registration and stay at the quarantine centres.

“The child was suffering from fever and loose motion since last 3-4 days. The parents and the child were transferred to Chalanpada in the afternoon yesterday. The Sarpanch denied to take the patient to a hospital in the night hours. The child was given only medicines for the complications and his health condition was comparatively better after taking tablets last night. However, he succumbed at around 3.30 am today,” said a quarantinee.

Expressing anguish over death of the child, the parents of the deceased alleged negligence by the local authorities for which they lost their son.

“Our child had fever and he was complaining of loose motion when we started journey from Andhra Pradesh to Khariar. Neither the ailing child was given medical care nor were we served food on time in Khariar. After we reached the quarantine centre here, we were given snacks in the afternoon and meal at night,” said father of the deceased child.