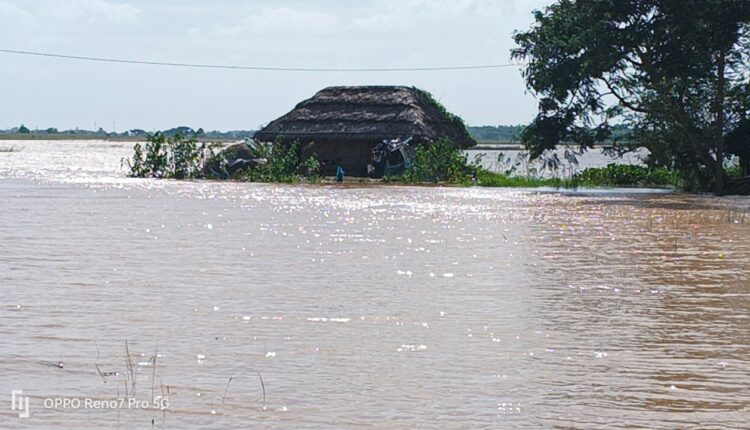 Jajpur: A massive breach of around 60 feet in the embankment of Kani river near Brahmacharipatna in Dasarathpur block of Odisha’s Jajpur district inundated several nearby villages, today.

According to reports, water level and intensity of water flow in Kani, a distributary of Baitarani river, had increased following incessant rainfall due to the depression.

The river breached the embankment today submerging thousands of hectares of farmland, which is most likely to damage agricultural output.

The breach flooded villages in Kanya, Kamardiha, Duttapur, Duduraanta and Mallikapur panchayats while flood water was flowing 3 feet above the bridge located on Mallikapur-Pallasahi RD road.

On the other hand, Kani river has also breached embankment at seven places in Kantapada, inundating low-lying areas.

Collector and other senior officials of the district administration visited the areas today to take stock of the situation. They assured the locals that the embankment will be strengthened soon.