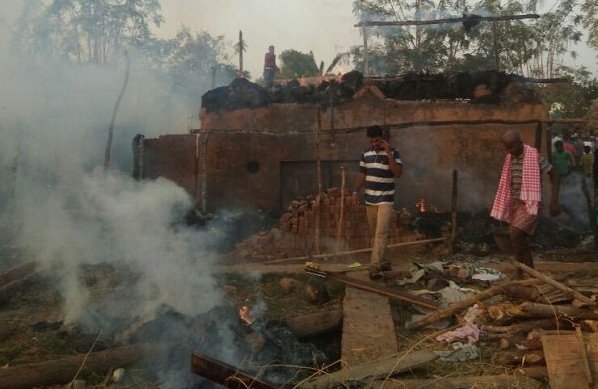 Angul: Around 60 thatched houses were gutted and 25 families rendered homeless in a major fire that broke out in Karatpata village in Odisha’s Angul district today.

According to local sources, fire first broke out at a thatched house  in the village late in the afternoon and subsequently spread to other houses.

Though the exact cause of the fire is yet to be ascertained, it’s suspected to have been caused by electric short circuit.

Two fire tenders which rushed to the village from Angul could douse the blaze after about two hours of hard work, the sources added.

According to senior officials of the district administration, the extent of damage remains to be assessed.