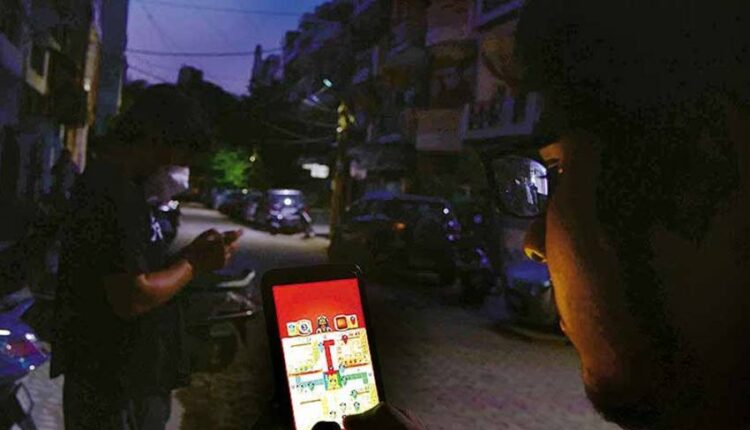 New Delhi:  Most people are of the opinion that online fantasy sports classify as gambling.

While a few platforms have started including warnings in their advertisements, a lot more is needed to be done on this front including messaging by the celebrities. The advertising should be such that the prospect and existing users are aware about what the risks and are not misled into using the Online Fantasy Sports Platforms.

Moreover, 68 per cent citizens want the government to create Code of Regulation for online fantasy sports and also want celebrities to talk about risks too in advertisements, as per a survey by Local Circles.

Majority believe the government must create the regulation and then let the industry self-regulate and report.

While the courts in India have ruled majorly in favour of fantasy sports platforms and skill gaming, 6 states in India i.e. Assam, Odisha, Telangana, Nagaland, Sikkim and Andhra Pradesh have banned fantasy sports.

Betting and gambling fall under the state legislature. The Andhra Pradesh Government passed an ordinance to amend the Andhra Pradesh Gaming Act listing skill gaming as gambling and imposing stringent punishment to those charged with gambling.

As per the survey, approximately 12 per cent citizens are either playing online fantasy sports or have someone in the family playing it.

Fantasy Sports are played online and require a smart phone to play and have become popular in the last 2-3 years. The question sought to understand if citizens in the survey or someone in their family was playing online fantasy sport.

Only 12 per cent citizens believe online fantasy sports qualifies as skill gaming, while 67 per cent classify it as gambling

Though courts in India have largely given their decisions in favour of Online Fantasy Sports platforms calling them skill gaming instead of gambling, 6 states in India i.e. Assam, Odisha, Telangana, Nagaland, Sikkim and Andhra Pradesh have banned fantasy sports. To better understand whether citizens think about online fantasy sports games as skill gaming or gambling,

LocalCircles asked citizens about their views. In response, only 12 per cent said it can be classified as “skill gaming”, whereas the majority of 67 per cent said it’s “gambling”. On the other hand, 21 per cent of citizens who voted for “can’t say” suggested that they have not played any online fantasy games, or don’t know if such games can be classified as skill gaming or gambling. The question in the survey received 8,621 responses. This is an unusually high percentage of Can’t Say response based on LocalCircles experience in citizen pulse exercises.

Only 36 per cent citizens support advertising by fantasy gaming platforms while most want appropriate visible and audible warnings in place.

The aggregate findings of the poll suggest that only 36 per cent of citizens want online fantasy gaming platforms should be permitted to advertise, and most of those want appropriate visible and audible warnings in place.

Citizens want Online Fantasy Sports advertising to be made more responsible, the survey found that 57 per cent want celebrities to also talk about the risk of loss in ads.

In countries like the US, Online Fantasy Sports are varved out as lawful under the Unlawful Internet Gambling Enforcement Act 2006.

Even Singapore has enacted Common Gaming Houses Act and Remote Gambling Act, which make online gambling legal only if it is done through an exempt operator. Taking cognizance of the issues, the survey sought to understand citizens’ opinion if the Online Fantasy Sports Platforms should be given legal recognition and protection in India. In response only 28 per cent said “Yes”. The majority of 63 per cent of citizens said “No”, while 9 per cent couldn’t say.