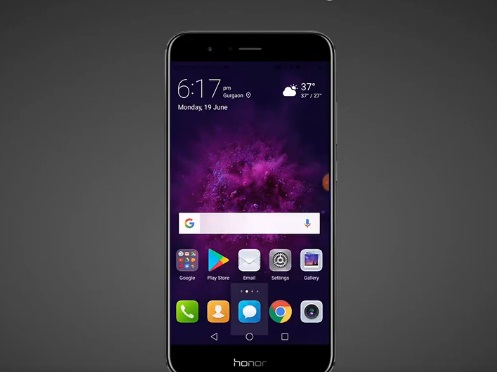 Pune: Chinese smartphone major Huawei’s much-awaited “Honor 8 Pro” with 6GB RAM and 128GB ROM is slated to be launched in India in the first week of July at an affordable price, a top company executive said here on Friday.

“Honor 8 Pro is one of the best Honor phone so far and will be priced in the affordable price segment,” Allen Wang, Director, Product Centre, Huawei India Consumer Business Group, told IANS here.

Globally, Huawei witnessed 35 per cent growth (YOY) in revenue in 2016, with 139 million smartphone shipments. In the first quarter of 2017, the company shipped 34.55 million units in 74 countries.

It also supports 4K videos. The smartphone’s packaging contains virtual reality (VR) lens that can be turned as VR headsets. The device will come in blue and black colours.

The company has also partnered with Gameloft and GoPro for in-built apps and is in talks with major e-tailers for exclusive online release.

“The two lenses work in tandem to deliver the perfect shot — the monochrome lens captures a black-and-white image with incredible depth of detail while RGB lens ensures vivid colour reproduction. The sophisticated software brings the best of two worlds together,” Wang had earlier told IANS.

The device is scheduled to be launched exclusively on Amazon. (IANS)