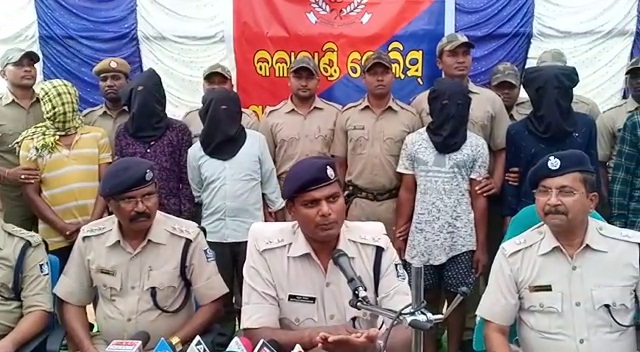 Bhawanipatna: The Kalahandi district police have arrested as many as seven persons for their alleged involvement in raping a girl at a forest in Junagarh area and circulating a video of the incident on social media, said SP Battula Gangadhar at a press meet today.

While four persons, including a minor boy, were arrested on charges of raping the girl, three others were apprehended under the IT Act for circulating the clip on social media, the SP said.

“We have also identified two more accused and efforts are on to arrest them. Further investigation is underway and the number of arrests might go up,” the police official said, adding that persons involved in sharing the video will be arrested too.

Notably, a girl was allegedly gang-raped at Jaring forest near NH-26 under Junagarh police limits. A video of the incident had gone viral on social media.

As per an FIR lodged by the victim, an AMN student, with Junagarh police, she was returning home from Bhawanipatna on a two-wheeler with a youth on September 14 around 2 pm when 5-6 armed miscreants intercepted the vehicle on the NH. They forcibly took her to the forest where they raped her at knifepoint, she alleged.