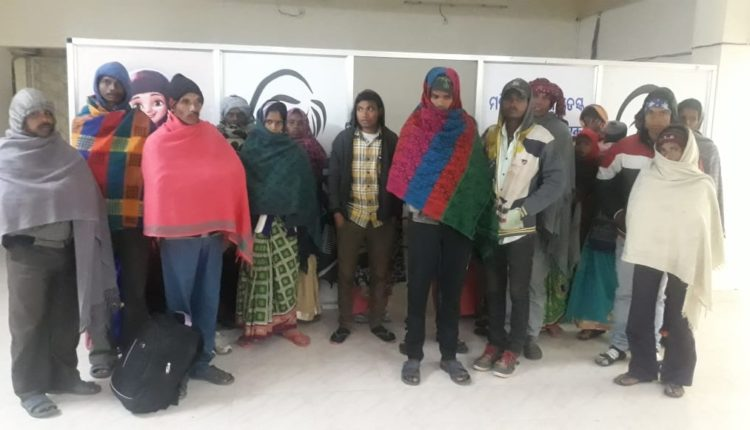 Nuapada: The Jonk police in Nuapada district rescued as many as 29 migrant labourers, including women and seven children at Jamili near Khariar Road when they were being trafficked to outside the state in wee hours today

The cops also arrested a middleman and the driver of the vehicle in this connection and later produced them before court.

Sources said the police were conducting night patrolling at around 4 am, when they detained a pickup van carrying the 29 labourers, all hailing from Jamili and Biromal villages in the district. During interrogation, the police came to know that the labourers were about to board a train to Uttar Pradesh from Sambalpur railway station.

The police registered a case and arrested middleman Bhabani Prasad Mishra (41) of Jamili village and driver Naresh Mirdha of Kandadhap village under Beltukri police limits. They also seized the vehicle.

Besides, the cops sent the rescued workers back to their villages, said Jonk police station IIC Aniruddha Muduli.