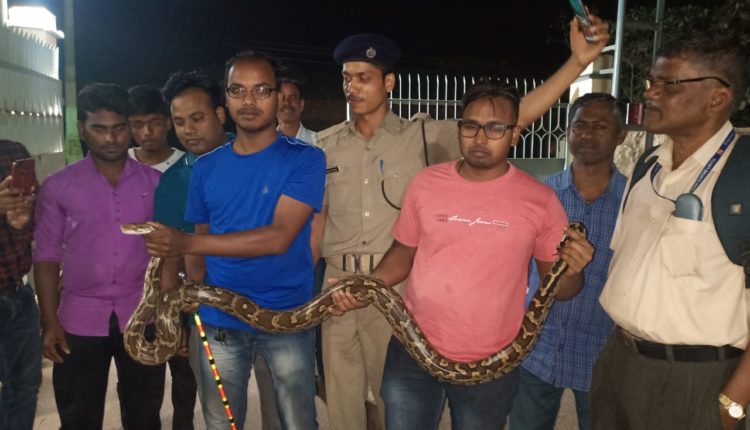 Berhampur: A 7-feet-long python was rescued from a staff quarters of Indian Rare Earths (IRE)  near Chhatrapur in Ganjam district last night.

Sources said some staff first spotted the venomous snake inside the quarters near the Guard Room and immediately informed Berhampur Forest Ranger. As per the direction of Forest Ranger Raja Rao, Snake Helpline members Swadhin Sahu and Srikant Nahak reached  the spot and rescued the reptile. The snake-catchers later handed it over to the forest officials last night.

Today morning, the python was released into the a dense forest, said an official.

Thunderstorm to lash these 10 districts in Odisha today