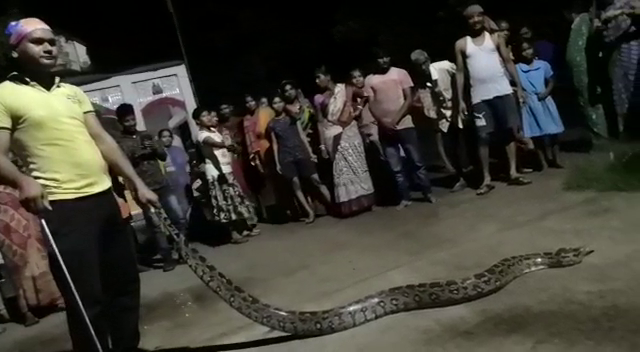 Jajpur: A seven-foot-long python was spotted on a field near a school at Kaima under Dharmasala block in Jajpur district last night. However, the reptile was later rescued by snake catchers.

Sources said some locals first spotted the python at around 8 PM yesterday and immediately called up Snake Helpline officials. Soon after, a member of Snake Helpline, Tapan Prusty, reached the location and managed to rescue the python. The snake weighing around 15 kg is believed to be of around 2-years-old, said Prusty.

The python will be released back to its natural habitat soon, he added.

“We were panicked. We had never seen such a huge snake in this area before,” said Dhaneswar Mohanty, a local.

Odisha not to allow registration of Covishield 2nd dose, if gap is less than 12 weeks