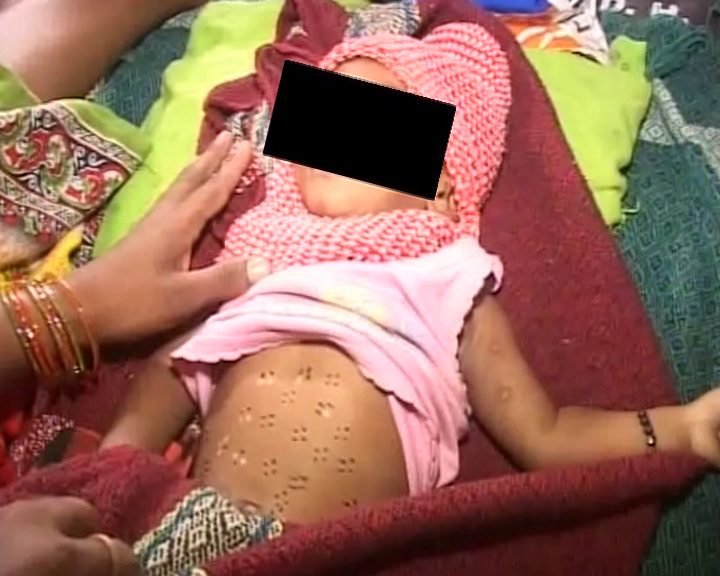 Yet again an infant has been branded with red hot iron to cure it of its illness in Odisha’s tribal dominated Koraput district.

The shocking incident of branding a seven-month-old infant girl with a red hot iron nail by a disari (local faith healer) has taken place in Bhaluguda village in Anta panchayat under Jeypore block, reports said.

“I had taken my daughter to the village disari a few days back since she was sick. The disari, who is an old woman branded her with a red hot iron nail on her chest and belly. A few days after that my daughter stopped taking food. Later as her health condition deteriorated I brought to the hospital here. She has been admitted to the hospital and her condition is improving,” said Ranjita Paraja, the child’s mother.

However, according to hospital authorities, the condition of the child is stable and she is improving.

“At the time of admission, her condition was very critical. Now she is stable and her health condition is improving,” said Dr. Sandip Tripathy of the sub-divisional hospital, Jeypore.

Centre targets to increase LPG customer base in Odisha by 2018