In just 14 days after classes resumed following the so called maintenance work,  the plaster roof collapsed. 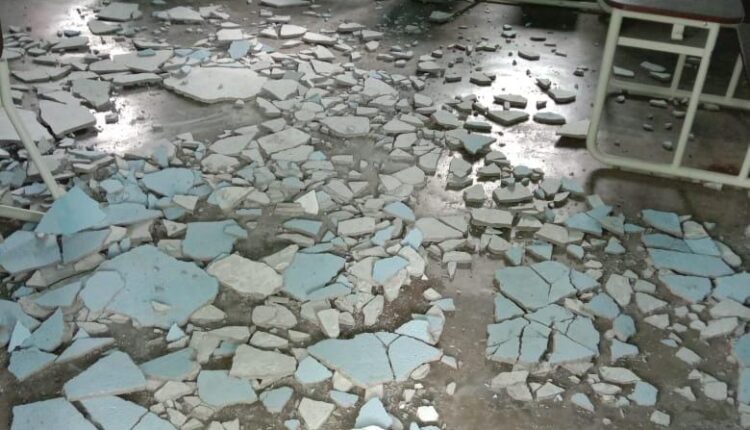 Keonjhar: As many as seven students were injured after a plastic ceiling collapsed in Arjunbilla primary school in Ghatagaon block of Keonjhar district in Odisha today. The victims were identified as Rajashree Nayak, Sonali Munda, Sukumari Munda, Arati Hanhaga, Janusingh Purti, Gangi Munda and Ankita Munda. They were immediately rushed to the community health centre by school staff.

On getting information, additional block education officer (ABEO) and cluster resource centre coordinatiors Dharanidhar Mahant and Nabakrushna Rout reached the CHC to inquire about the condition of the children. Hospital authorities informed the students are stable and out of danger now.

Sources said headmistress Abhamayi Rout, who had been transferred to the school during Covid pandemic, had written to the block education officer (BEO) stating the building was in dangerous condition and unsafe. Later, two contractors had approached her and said the school building repair will be done from the panchayat funds and as per direction of junior engineer Annapurna Ghadei, an amount of Rs 2.6 lakh was sanctioned for the purpose.

Construction was subsequently started but reportedly, the JE remained absent throughout the work while the building was painted hastily after repairs were carried out in a slipshod manner.

However, in just 14 days after classes resumed following the so called maintenance work,  the plaster roof collapsed.

Commenting on the incident, ABEO Purushottam Dhal said necessary action will be taken only after getting an explanation from the school headmistress in this matter.

On the other hand, headmistress Abhamayi Rout said she had informed the higher authorities about the dangerous condition of the school building.

Meanwhile, efforts to get a clarification from JE Annapurna Ghadei remained futile despite multiple attempts as her mobile phone was switched off.