74 labourers rescued in Odisha while being trafficked to Andhra 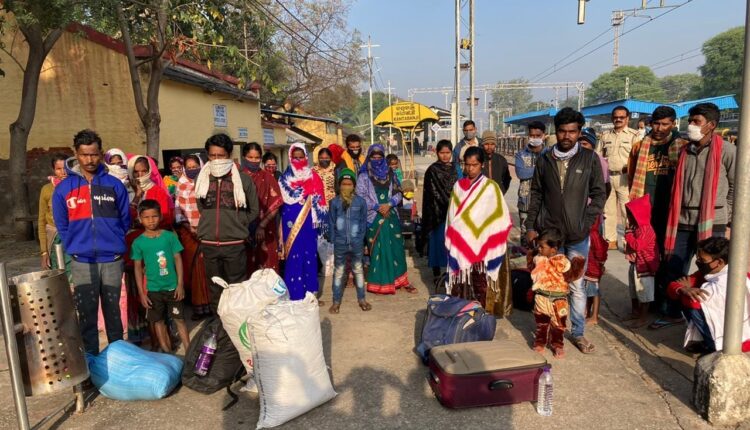 Balangir: As many as 74 labourers including 13 children reportedly being trafficked to Andhra Pradesh on a train were rescued from Kantabanji Railway Station in Balangir district today.

Among labourers rescued from the railway station, 42 were men and 32 were women. They were from Belpada, Bangomunda, Muribahal and Turekela in Balangir district and Golamunda area of Kalahandi district.

However, the labour contractor, who was allegedly carrying them on the train, managed to flee during raid by the police.

Source said that labourers had taken Rs 30,000 each from the contractor to get engaged in Vishakhapatnam.

Acting on a tip-off, the police conducted raid at the Kantabanji Railway Station and found no authentic credentials from the labourers. Later, the Kantabanji Tahasildar made arrangement for sending the rescued labourers back to their respective homes.