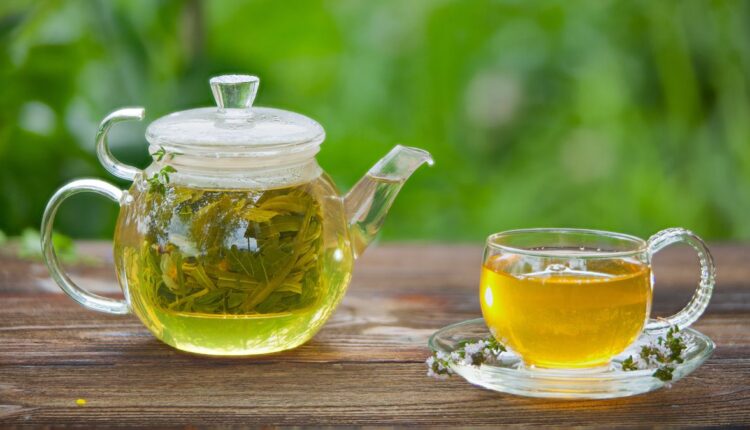 Tea as an aromatic beverage has been around since the 3rd century AD. Over the centuries, people from different parts of the world have come to find different tea varieties to suit their tastes and needs. Apart from the conventional teas such the black, white, green, and oolong tea- we can now even choose from a range of herbal teas. Contrary to tea, herbal teas are not extracted from the tea plant. Different types of herbal teas have different origins and are removed from several varieties of plants. Interestingly enough, modern science has also backed the consumption of herbal teas to have health benefits. They are widely used to cure a range of ailments and for general good health as well.

However, choosing the right herbal tea for you can put you in a spot since there are so many options to choose from. But don’t fret- because here’s a comprehensive guide to help you find your new favorite healthy beverage!

Chamomile tea extracted from daises is widely accepted for the calming effects it has on your mind. Two popular studies revealed that drinking chamomile tea reduced sleep-related issues in 80 calming postpartum women, and 34 patients with insomnia showed improvements in sleep patterns. Apart from its antibacterial, anti-inflammatory, and liver-protecting effects, chamomile tea also acts as an anti-depressant. It also helps in reducing the symptoms of premenstrual syndrome. In case you struggle with type 2 diabetes, chamomile tea is also known to show improvements in blood glucose and insulin levels.

Sage tea is consumed widely for its positive effects on one’s cognitive health. Not only does it enhance cognitive functions, but it is also a sufficient remedy to limit the impact of Alzheimer’s disease. It additionally improves blood lipid levels and prevents colon cancer.

Echinacea tea will be your best friend the next time you catch a common cold. It is known to reduce the symptoms and prevent the common cold while boosting your immune system. This herbal will come in handy by soothing your sore throat and easing your stuffy nose.

Ginger tea is the most common home remedy used in Indian households for general ailments such as headaches, common cold, digestion, and more. Ginger tea is widely known for its spicy flavor, or as it is called the ‘masala chai,’ and is made with the prominent ingredient- Ginger. It stimulates the immune system and is a common remedy for nausea. It is effective for reducing extreme nausea in the case of pregnant women and even cancer patients. Like chamomile tea, ginger tea also helps with period pains and even provides benefits for diabetic patients.

Lemon balm tea is a refreshing delight for its light, lime flavor that offers a range of health benefits. Amongst its most common uses, the lemon balm tea is useful in improving the elasticity of the arteries. Arterial stiffness can cause heart diseases, strokes, and mental ailments. The tea is also a mood-enhancer with stress-reduction and calming properties. It is also known to reduce the frequency of heart palpitations and anxiety.

Rosehip tea extracted from the fruit of the rose plant is rich in vitamin C and other beneficial plant compounds. These compounds are known to have anti-inflammatory properties and, in various studies, have reduced the inflammation for people suffering from rheumatoid arthritis and osteoarthritis. The unique benefit of the tea is that it helps in weight management. A famous study revealed that over 32 overweight people saw a reduction in the BMI within 12-weeks after consuming rosehip tea. It contains several antioxidants and is further known to fight skin aging.

Peppermint tea is a popular remedy for enhancing digestive health. From indigestion, nausea, and stomach pain to relaxing spasms in the intestines, esophagus, and colon- peppermint tea is a natural go-to. Peppermint oil has even proven effective in relieving symptoms of irritable bowel syndrome.

Passionflower tea is extracted from the leaves, stems, and flowers of the passionflower plant. It is a traditional remedy against stress and anxiety. It promotes a calm and sound sleep. Not just stress, the tea can also be used to reduce withdrawal, irritability, and agitation. It is further commonly paired with clonidine as a medication for opioid detoxification treatment.