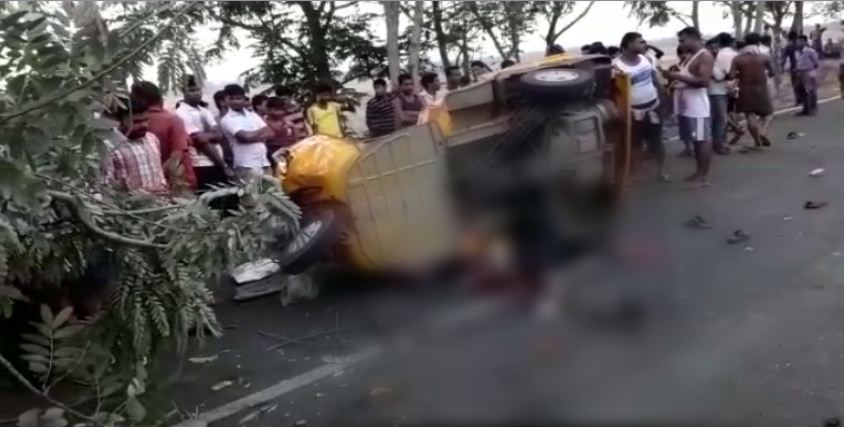 Jagatsinghpur: A head-on collision between an auto-rickshaw and a tipper on Jagatsinghpur-Machhagaon road near Chandol Chhak in Odisha’s Jagatsinghpur district claimed at least eight lives this morning.

According to reports, as many as ten persons of Singitalia village in Machhagaon area were returning home in an auto-rickshaw this morning after attending Deba Snana Purnima rituals at Nemala in Cuttack.

The ill-fated three-wheeler collided head-on with a speeding tipper killing seven of them, including a minor girl, on the spot and injuring three others.

The injured ones were initially admitted to Jagatsinghpur district headquarters hospital and later shifted to SCB Medical College and Hospital in Cuttack as their condition deteriorated, where one of them succumbed to injuries during treatment taking the toll to eight.

The driver of the tipper fled the spot after the accident, reports said.

On the other hand, locals staged road blockade after the accident demanding compensation for the families of the deceased.