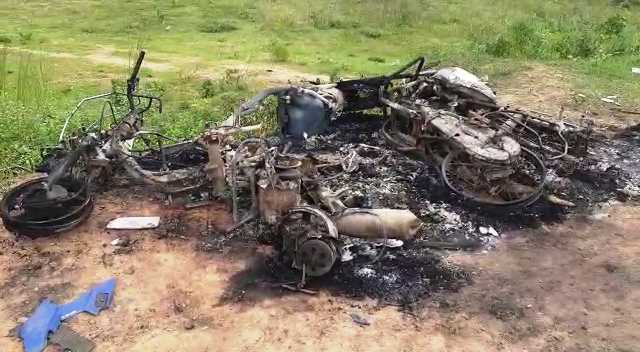 Sources said some anti-socials were lifting sand in eight vehicles, including two tractors, three trucks and two motorcycles from a riverbed at Kolidaspur late last night. Irate over frequent occurrence of such illegal activities, some people set the vehicles on fire last night. Some of the vehicles were completely reduced to ashes.

Sand from riverbeds in several areas like Alapur, Sikiri, Nadika and Kolidaspur are allegedly being lifted by Mafia in the recent past. Villagers have raised the issue and submitted written complaint with  the administration umpteen times, but in vain.

Yesterday’s vandalism is the outcome of the people ‘s anguish over inaction of the administration against the illegal activity, sources said.