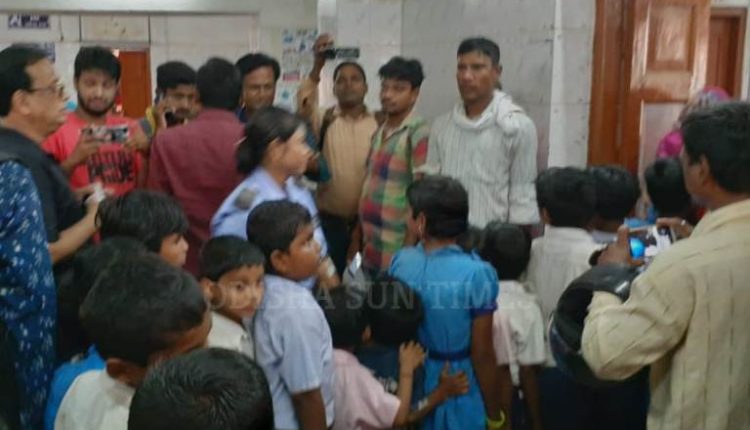 Bhadrak: As many as 80 students of Kedarpur Primary School in Bhadrak district fell ill after consuming mid-day meal today. Of them, 47 students have been admitted to the district headquarter hospital whereas others were allowed to leave for home after preliminary treatment.

As per reports, after a dead lizard was found in the mid-day meal, the students complained of uneasiness. They were rushed to the hospital with the help of some locals.

Later MLA Sanjib Mallick visited the hospital to enquire about the conditions of the unwell students.