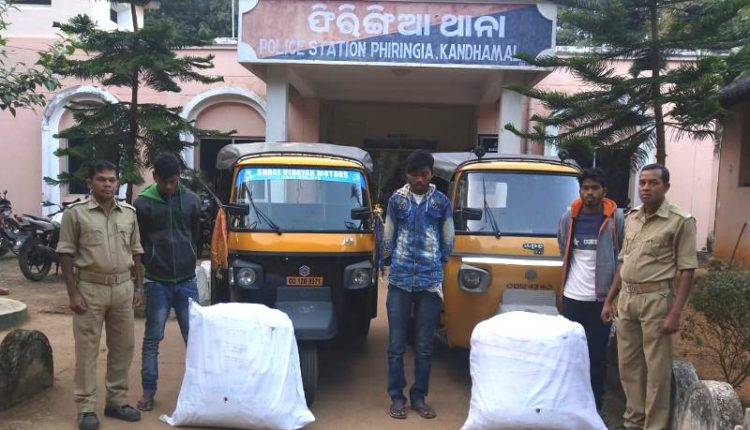 Jharsuguda: The police today arrested five persons including a minor on charges of smuggling of ganja and seized 83 kg of the contraband in different parts of the State today.

In Jharsuguda, police intercepted an auto-rickshaw coming from Jharsuguda near Nuadihi. During a search, police seized a bag containing 13 kg ganja and arrested a youth driving the auto-rickshaw. Police have started an inquiry from where the accused, Pintu Barik of Brajarajnagar area procured the ganja.

Also, the cops will probe who else is involved in the ganja smuggling, a police official said.

The Phiringia police of Kandhamal has seized 70 kg of ganja while being smuggled in two auto-rickshaws. Four persons including a minor have been arrested in connection with the case.

Sources said the contraband was being illegally taken to Sarangada from Ratnga.