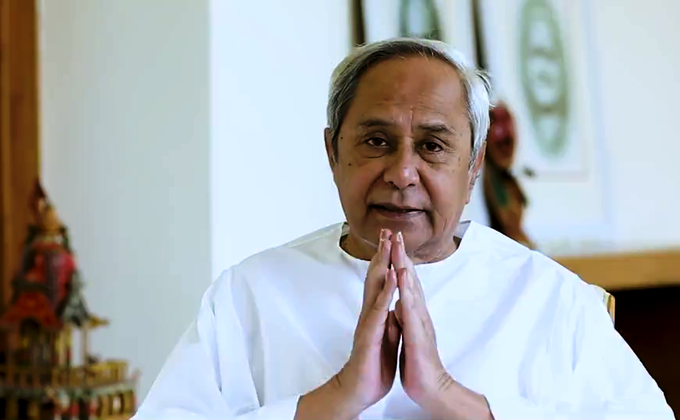 Bhubaneswar: At least 85 towns of Odisha have been fully covered under the piped water scheme, said Chief Minister Naveen Patnaik while inaugurating the state-level capacity building programme for Jala Sathis at the Convention Centre of Lok Seva Bhawan here today.

“Odisha is the only state in the country to fully cover at least 85 towns of the total 114 with the piped water scheme. As many as 740 Jala Sathis are now managing water supply to around 8.40 consumers in the state. They have collected water cess to the tune of Rs 67 crore,” said the Chief Minister.

Notably, the state government has engaged members of women self-help groups (SHGs) and third gender community to manage piped water supply system in towns of Odisha. These Jala Sathis have been entrusted with the responsibilities of examining the quality of water, checking water meters, providing new connections and weeding out illegal connections in urban areas of the state.

The Chief Minister announced that the state government would provide cycles to Jala Sathis for easy mobility.

“Jala Sathi programme was launched under the 5T initiative of the state government three years ago. Now, Jala Sathis have become a bridge between the Water Supply department and ordinary consumers. They have been managing the piped water supply system in the urban areas of Odsiha with utmost care,” said the Chief Minister.

Taking into account the success of Jala Sathi programme, the state government has decided to engage the women SHGs in collection of property tax in Odisha, said the Chief Minister. “The state government is providing round-the-clock drinking water supply through the Drink-From-Tap scheme. The scheme has received laurels in national and international forums,” he added.

Participating in the event, Housing and Urban Development (H&UD) Minister Usha Devi said the Jala Sathi programme has contributed to the cause of women empowerment in the state.

“Around 97 per cent people in urban areas of Odisha are now getting piped water. Altogether 35 towns have been fully covered with the piped water scheme and 20 more such areas will join in the league by December, 2023,” said Housing and Urban Development department Principal Secretary G Mathi Vathanan while giving the welcome address. H&UD department Special Secretary Sagarika Patnaik proposed the vote of thanks.

“We got a special identity for ourselves due to the initiatives introduced by the Chief Minister. Earlier, we were just confining ourselves to household chores,” said Srimati Mahapatra and Sujata Patnaik and a few other members of SHGs who have been engaged as Jala Sathis.