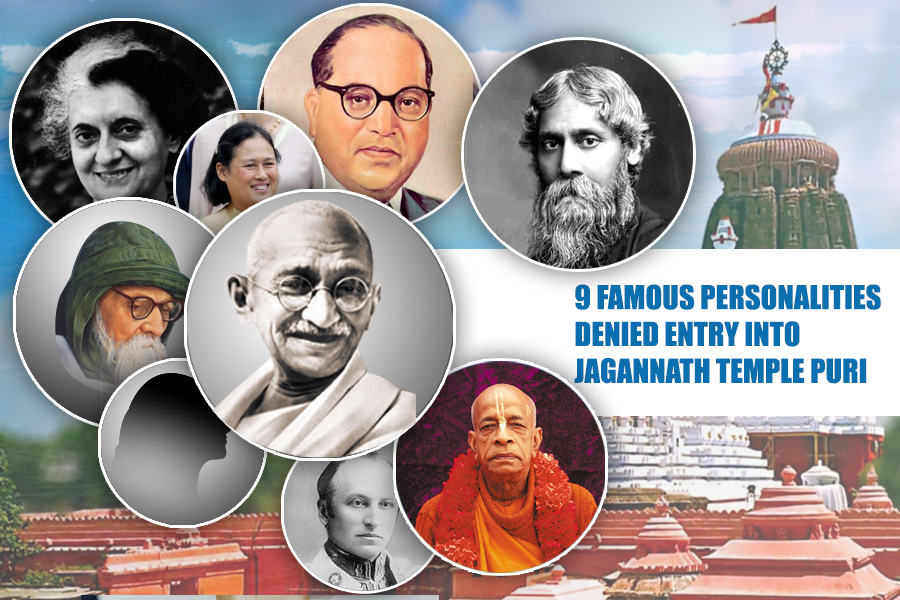 Thousands of devotees visit the holy Jagannath Temple everyday, but entry to the temple is restricted only to hindus, and the rest wait till Rath Yatra for a Darshan. The imposed restriction has had its share of controversies. Here is a list of 9 important persons who were denied entry into the Sri Mandir:

When Mahatma Gandhi came to Puri in 1934 accompanied by Vinoba Bhave and Muslims, Christians and dalits, he was denied entry into the temple.

Vinoba Bhave, an advocate of nonviolence and human rights, known for his Bhoodan Movement, was also refused entry as he had accompanied Mahatma Gandhi and his non hindu followers into Jagannath Temple in Puri.

Rabindranath Tagore, a Pirali Brahmin by birth, a poet, novelist, playwright, was denied entry into the temple for darshan.

In 1977, Bhakti Vedanta Swami Pravupada, the founder of ISKCON movement, had visited Puri. His devotees were not allowed to enter the temple and he was warned against making an attempt to step into the temple.

Father of Indian Constitution was barred from entering the Sri Mandir when he visited Puri in July, 1945.

The British Viceroy of India from 1889 to 1905, deeply enthusiastic about Indian history, archeology and geography. He was not allowed into the temple when he visited Puri in 1900.

Indira Gandhi, former prime minister was not allowed to enter the 12th century shrine because she was married to a Parsi, Feroze Gandhi.

In 2005, Mahachakri Siridharan, the Queen of Thailand, was not allowed inside the temple as she was a follower of Buddhism.

In 2006, the shrine did not allow a citizen of Switzerland named Elizabeth Jigler, who had donated Rs. 1.78 crore to the temple because she was a Christian.

Polygraph test to be conducted on Odisha train fire accused