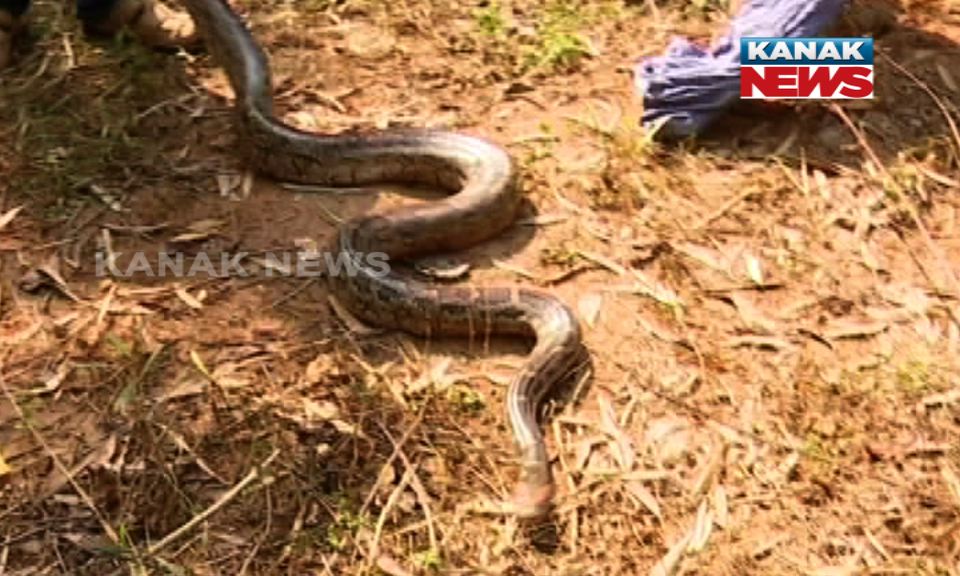 Bhubaneswar: A 9-feet-long python was rescued from a shed located inside the Regional Plant Resource Centre (Ekamra Kanan) campus in the Odisha capital today.

The python which was spotted by people on the asbestos roof of a shed inside the campus was rescued by a member of the Snake Helpline.

The snake was later released in the nearby Bharatpur reserve forest.

“The snake had climbed on to the iron angle supporting the asbestos roof. I was lifted up by the people to reach the spot and had no problem in catching it as its non-poisonous,” stated Subhendu Mallick of Snake Helpline.