MISCELLANYSCIENCE & TECHNOLOGY
Sambad English Bureau Published On : Feb 5, 2022 at 11:15 AM 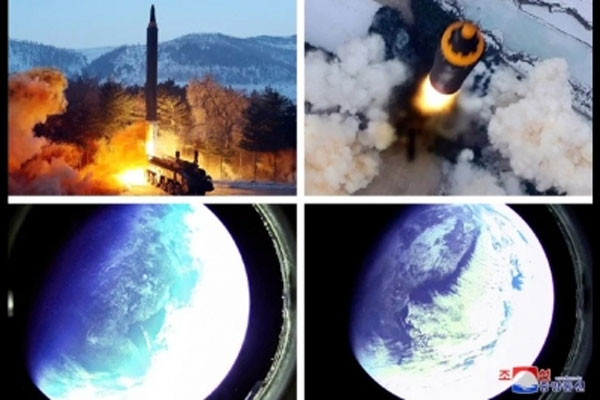 Seoul: The US and eight other countries have called on the UN Security Council (UNSC) to condemn North Korea’s recent missile tests after the council’s closed meeting apparently failed to take any concrete action against Pyongyang.

Friday’s meeting marked the second attempt by the US and other like-minded countries in just about two weeks to hold North Korea to account for its recent series of missile launches, Yonhap News Agency reported on Saturday.

North Korea staged its seventh and last round of missile launch of the year on January 30.

“The DPRK’s January 30 launch of an intermediate-range ballistic missile (IRBM) is a significant escalation in the DPRK’s recent violations of multiple Security Council resolutions and seeks to further destabilize the region. We condemn this unlawful action in the strongest terms,” US Ambassador to the UN Linda Thomas-Greenfield said in a joint statement.

DPRK is the acronym for North Korea’s official name, the Democratic People’s Republic of Korea.

The statement was signed by the UN representatives from eight other UNSC member countries — Albania, Brazil, Britain, France, Ireland, Japan, Norway and the United Arab Emirates.

They noted the IRBM marked the longest-range test conducted by North Korea since late 2017, also adding Pyongyang has so far fired nine ballistic missiles in the seven rounds of missile tests this year.

“The nine ballistic missiles launched in January is the largest number of launches the DPRK has conducted in a single month in the history of its WMD and ballistic missile programs,” they said in their joint statement.

“We call on all Council members to speak with one voice in condemning these dangerous and unlawful acts,” they added.

North Korea has maintained a self-imposed moratorium on nuclear and long-range missile testing since November 2017 when it last test fired an intercontinental ballistic missile, following its sixth and last nuclear test in September that year.