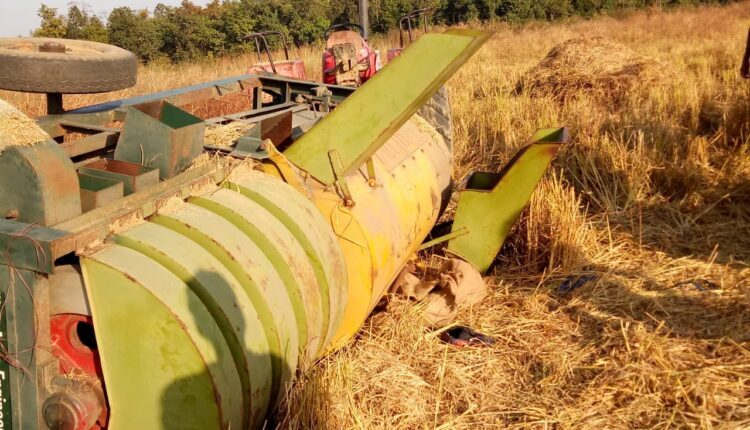 Brajrajnagar: In a tragic incident, a minor boy was killed and another injured when a paddy thresher overturned on them in Odisha’s Jharsuguda district today afternoon. The deceased was identified as nine-year-old Sujala Bhoi from Chichinda village under Brajrajnagar police limits in the district.

Odisha: One youth drowns, two others go missing while taking bath in river in Balasore

Tragic! 6-year-old girl dies due to strangulation while playing swing in Odisha

Sujala along with 11-year-old Piyush Patel who was walking alongside the thresher was trapped under it. With the help of locals, family members of the two minor boys rescued the duo immediately. While Suajala died on the spot, Murari sustained grievous injuries.

Locals rushed Sujala to the nearby hospital where he was declared brought dead. After receiving information, the Brajrajnagar Police seized the body and launched an investigation into the case.