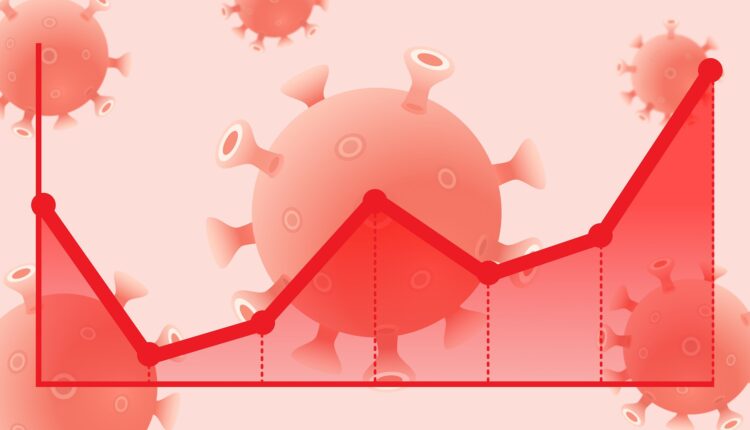 Bhubaneswar: In what could indicate the alarming COVID-19 situation in Odisha, 90 per cent of the total 30 districts have active cases of over 1000 and have been categorized under Red Zone.

As per the information available on the State Dashboard, of the 27 red zone districts, Khordha has highest 15,529 active cases followed by Sundargarh (9,999) and Cuttack (8926). The three remaining districts: Gajapati, Kandhamal and Malkangiri are under Yellow Zone with 902, 894 and 813 active cases, respectively. 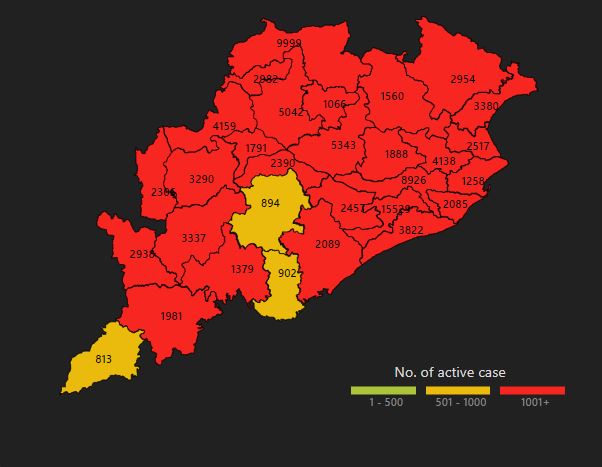 The major concern is that the infection rate is increasing in rural areas of the state. In the month of May, 57% of the total cases recorded in the state were reported from rural areas as against 51% in April.

Commenting on this, Public Health Director Niranjan Mishra said the rate of infection in rural areas is slightly more than that of urban areas. The Health Department has its focus on those areas. Collectors and Chief District Medical Officers (CDMOs) are monitoring the situation regularly.

Training is being imparted to ASHA and Anganwadi workers, who are the major workforce to handle the situation in these areas. They have been asked to keep a check on the COVID situation at village level.

Health expert Dr Niroj Mishra said  the main problem faced by villagers is lack of testing facilities. Mostly, Rapid Antigen Tests are being conducted in the rural areas and the positivity rate is 42% to 50%, which indicates that the rate of infection is increasing in villages. The people of villages should be educated through NGOs and Sarpanchs to tackle this situation, he added.