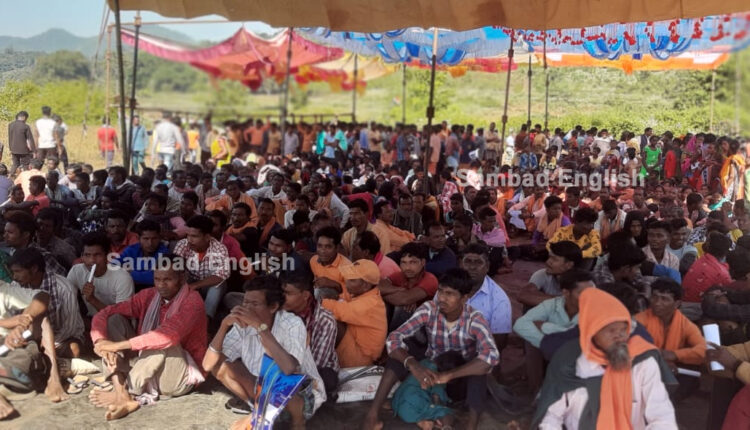 Malkangiri: At least 907 Maoist supporters including 467 active militias, both male and female, surrendered before Malkangiri police and Special Intelligence Wing (SIW)-Odisha at Company Operating Base (COB) of the Border Security Force (BSF) of Ghanabeda in this district, today.

“These surrendered villagers were involved in several EoF, arson cases and civilian killings. They stated that they were previously misled by Maoist leaders to be indulged in violence. Being encouraged by the surrender of local militias in the earlier occasions and after seeing various development works and welfare schemes of the government in the region, the ultra members decided to join the mainstream and lead a better life,” the official said quoting some of the surrendered militias.

“They (the red rebels) exhibited their opposition towards the Maoist ideology and shouted slogans ‘Maobadi Murdabad’. A grand feast was organised by the local police and administration on this occasion for the surrendered villagers,” the BSF official added.

“We also appeal on behalf of Odisha Police and Malkangiri district administration to rest of the Maoists to join the mainstream and lead a better life,” the BSF official expressed.