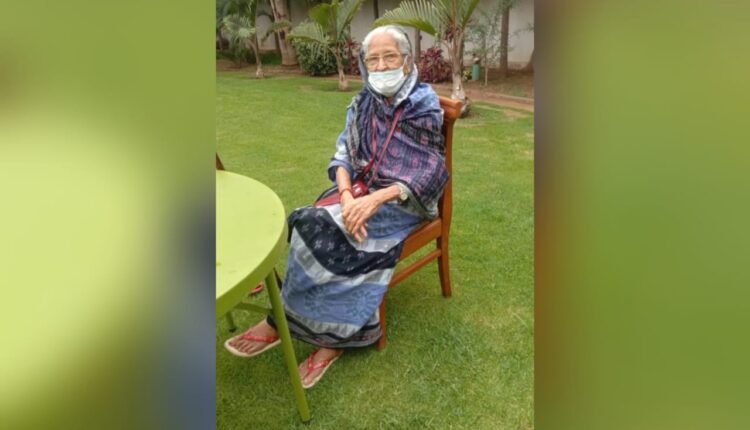 Keonjhar: In a good news amidst the devastating second wave of the pandemic, a 95-year-old woman has won the battle against COVID-19 after a fight of 15 days in Odisha’s Keonjhar district.

Sushila Bala Pahi, the first woman Zilla Parishad vice-chairperson of the district from 1997 to 2002, is a resident of Thakurpatna village. After she suffered from fever, her swab sample was collected on April 25 for COVID-19 test and the report came out positive. She was being treated by a team of doctors under the supervision of Chief  District Medical Officer (CDMO) Ashok Das.

After undergoing treatment for 15 days, the nonagenarian recovered from the deadly disease setting an inspiration for many others. She advises all those getting infected with COVID-19 not to lose hope and fight with the virus with strong will power.

Earlier, she was undergoing treatment for long due to her heart-related ailment and later had recovered.

“A 95-YO woman beating COVID-19 sends a positive message to the society. Sushila’s condition was not well at the time when she tested positive for the virus. Her blood pressure level was fluctuating frequently though her breathing was normal. Since she is heart patient, there was risk and it took a lot of time to bring her BP under control,” said the CDMO.

A rapid response team  was visiting the patient regularly to examine her health condition and provide treatment accordingly. Her strong will power helped her overcome this, he added.