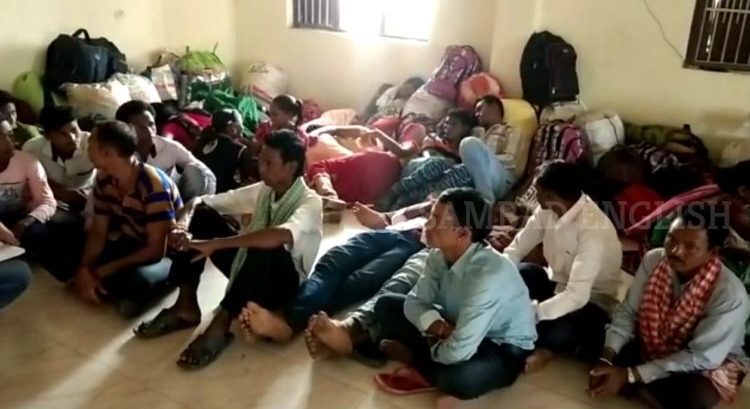 Nuapada: As many as 97 migrant labourers including 29 women and 22 children were rescued by police following a raid at Khariar railway station in Nuapada district today.

The migrant labourers were waiting for a train going to Hyderabad at the railway station. Acting on a tip-off, police raided the station’s waiting room and rescued them.

The middlemen, who had lured the migrant labourers with attractive wages to work in Hyderabad and brought them from different parts of Bolangir and Nuapada districts, managed to escape during the raid.