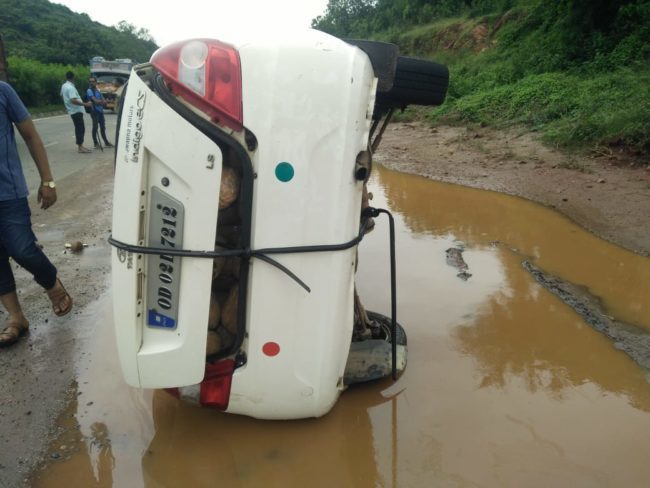 Khorda: The Khorda Sadar police seized around 98 kg ganja from a car that met with an accident near OCC Square here last night.  However, no arrest has been made in this connection so far.

Sources said when the police were conducting patrolling on NH-16, a speeding car en-route to Bhubaneswar from Berhampur lost control and turned turtle near OCC Square. By the time the cops reached the spot, the driver of the vehicle had absconded, said Sadar police station Inspector Bikram Jena.

The police seized the car and recovered 40 packets of ganja weighing 98 kg from the vehicle.

Search is on to nab the car driver, police said.