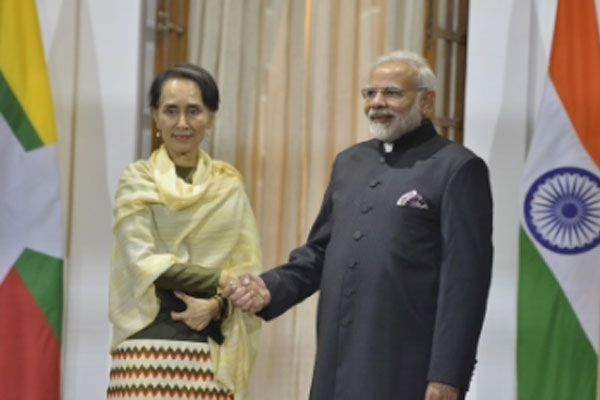 New Delhi/Naypyidaw: India on Monday expressed “deep concern” over the military coup in Myanmar which has been placed under a state of emergency for one year, urging the neighbouring country to uphold the rule of law and the democratic process.

A statement issued by the Ministry of External Affairs in New Delhi said that the government was monitoring the situation closely.

“India has always been steadfast in its support to the process of democratic transition in Myanmar,” the government said.

Myanmar’s military-backed opposition Union Solidarity and Development Party (USDP) had disputed the results, in which NLD secured way above the 322 seats required to form the government.

It was the second general polls since 2011, when the military rule ended in the country.

Earlier this week, the military had warned that it will take action if the complaints about “election fraud” were not addressed. It had also hinted the possibility of a coup.

On Monday morning, the military seized control of the country after it detained Suu Kyi, President U Win Myint and other senior officials of the NLD party.

Last week, it was reported that the coup appeared to be a likely outcome given China’s grip over the internal situation in the country.

Myanmar’s military junta, which ruled the country through the 90s and 2000s, has had the backing of the Chinese Communist Party (CCP).

After a long struggle against the military regime for nearly two decades, Suu Kyi had led Myanmar’s transition to partial democracy in the last five years.