A day before Mother’s Day, man rapes and murders his mother in Odisha 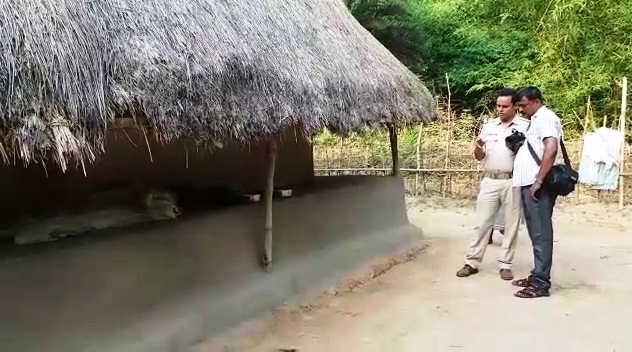 In what could be termed as a shameful incident in any civilized society, a tribal man today allegedly raped his widowed mother multiple times leading to her death in Odisha’s Mayurbhanj district.

This morning, the accused identified as Hari Marandi dragged the old woman inside the house while she was brooming in front of the house at Dambaru Dahar village under Baisinga police limits in the district. While she manged to free herself from his clutches, he again dragged her inside and raped her in an inebriated state.

The 45-year-old accused allegedly raped his septuagenarian mother Jambir Marandi at around 8.30 am.

The pervert did not stop there. He then repeatedly raped his mother in frequent intervals – in verandah, on the bed and inside the room.

After around half an hour, the tribal woman rushed out and collapsed in front of the thatched house.

The neighbours, in a state of shock, gave her water where the victim narrated her ordeal.

“I saw him dragging his mother inside. After some time, I saw him taking out her clothes and then raping her in the verandah,” an eyewitness said.

The incident occurred when other family members were away.

The villagers asked the accused son to rush his mother to hospital. However, the victim breathed her last.

The incident has caused outrage and shocked the people in the locality.

“I informed the police after I came to know about the incident. This is deplorable and the accused should not be spared. He should get harshest punishment,” a villager expressed.

On being informed, Baisinga police arrived at the spot with scientific team and began probe into the incident.

“As per eyewitness accounts, the accused Hari Marandi raped his mother and murdered her. We have arrested the accused under section 376 and 302 of IPC,” Betnoti SDPO Dhirendra Nanda said.

As per villagers, the accused has married four times and none of his wives spent more than six months with him. He was abusive and used to snatch all the pension money his mother used to get every month.

The man’s unpardonable act took place a day ahead of Mother’s Day.

Odisha girl jumps before train for bicycle; mother dies while saving her