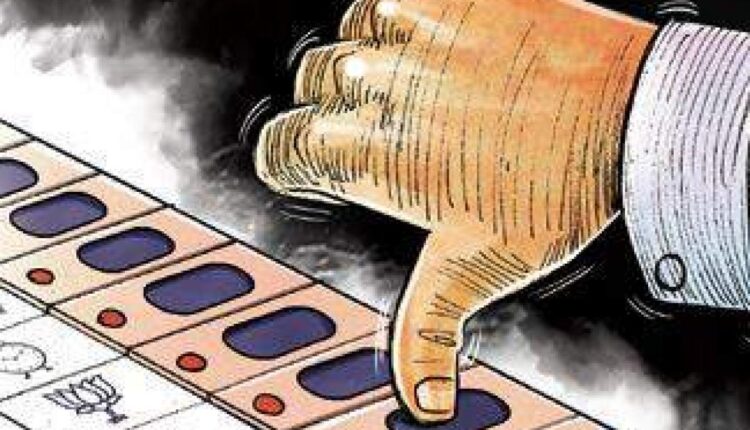 The eastern state of Bihar has been the hub of India’s melting pot of politics. From being the focal point of pro and anti-Mandal Commission in the 1990s to the famous ‘JP Movement’ against Indira Gandhi in 1974 – Bihar and its unhinged diplomacy have significantly influenced political changes across the nation.

Amid the dirty opportunism of caste and community, Bihar is set to conduct its assembly elections in three phases on October 19, 28, and November 7, this year. Apart from the dynamic power play in the state, these elections will also be monumental as these would be the first of their kind taking place during the upsurge of the Coronavirus pandemic. Although Bihar has a history of low voter-turnouts, over 7.18 crore, individuals will constitute the state’s total vote bank.

Trends in the History of Bihar Politics

To understand politics in Bihar vis-a-vis caste and dynasty, it is arguably pivotal to look at the history of Bihar politics over the changing years. Roving back to the very beginning, Congress, which today lies despondent, observed a majority in Bihar before the Mandal Commission’s havoc. The aftermath (1967-1990) witnessed a rise in the popularity of regional political parties and leaders. These leaders emerged out of and were essentially supported by the “lower/ backward” castes and Muslims in contrast to the “upper-caste” favored Congress.

Finally, in 1990, the Janta Dal took shape and anchored Congress’s influence in the state. If Lalu Prasad Yadav’s charisma and diplomatic skills were not enough, his caste certainly helped him secure a victory in 1990 and again in 1995 assembly elections, halting Congress’s long rule while limiting the support base for BJP. In the following years, the Janta Dal led by OBC witnessed a split and thereby paved the way for two archrivals, the Rashtriya Janta Dal (RJD) and Janta Dal-United (JDU), to come into the spotlight.  Apart from these two prevailing parties, the Communist Party of India (CPI), Communist Party Marxist (CPM), and CPML were amongst the other regional parties in Bihar.

No Permanent Friends or Foes in Politics

2015 Bihar elections came after Modi’s glorious victory in the Lok Sabha elections. The BJP had witnessed an overwhelming surge in its popularity across the nation for the very first time in history. This win also influenced the assembly elections by putting the regional parties in a spot. However, a breaking point in Bihar’s political history came when the “Mahagathbandhan” took place between RJD and JD(U) to defeat a common opponent, i.e., the BJP collectively. And they did so when the calculated caste-card played by united Nitish Kumar and Lalu Yadav brought them victory that year. Both parties fueled the development of each other.

Nitish Kumar was selected as Bihar’s Chief Minister, and in return, he supported the dynasty politics of the Yadav government by appointing Lalu’s son, Tejasvi Yadav, as his Deputy Chief Minister. Following the crippling defeat of the BJP, the assembly also saw rising numbers of representatives from backward castes from 34% to 47%.

The alliance was, however, short-lived as what came next was an even bigger scandal. In 2017, Nitish Kumar broke the RJD alliance and joined BJP due to the corruption charges levied against Tejasvi Yadav and other prominent members of the RJD party.

Upcoming Elections and What to Predict?

Despite the glorious 2015 victory, 2020 holds a broader scope of possibilities with the focus on the future of Nitish Kumar. With Lalu Yadav behind bars, Tajasvi Yadav remains a lone ranger while Congress is already on the brink of a collapse. On the other hand, nationally loved, BJP has offered its full support to JD(U). Last week, Modi launched several developmental projects in Bihar. From petroleum projects worth INR 9,000 crores to new airports and AIIMS, the centre and the state government rolled out a golden blueprint for the state. He was also seen congratulating Nitish Kumar for all the ‘extraordinary’ work done in Bihar under his guidance.

“We must ensure sushasan (good governance) in Bihar. The good work done in the last 15 years must continue. In the last 15 years, Bihar has shown that development is accessible and happens with the right government, decisions, and policies. We are working for the growth of all sectors in Bihar,” Modi said in a virtual address.

At the same time, Nitish Kumar is aware that BJPs’ support will not be enough to garner votes for him and has resorted to the age-old practice of caste politics. The Bihar assembly recently adopted a resolution appealing the Centre to hold a caste-based census, even as it passed the 10% quota Bill for economically weaker sections. This comes while the RJD is resorting to Mandal politics with slogans like, “Berojgari hatao, aarakshan badhao,” (end unemployment, raise quota) in its campaigns.

The relationship between a voter, party, and leader in India, especially in the Bihar model, relies on the complex multi-layered society where caste and community play a pivotal role. Like any other elections, the Bihar assembly leaders are painting a golden portrait of the state, which in reality, is a far cry. Despite having a stable government for over three decades, not much has changed in Bihar. It still ranks low on various social parameters such as public health care, education, literacy, and gender equality while also recording a low per capita state domestic product. Just a few days more to witness a gruesome battle on caste, community, and religion on the framework of the world’s largest democracy.

You Got Memes and You Got This