A man who made us believe that impossible is myth: Rajasthan Royals pay heartfelt tribute to Shane Warne 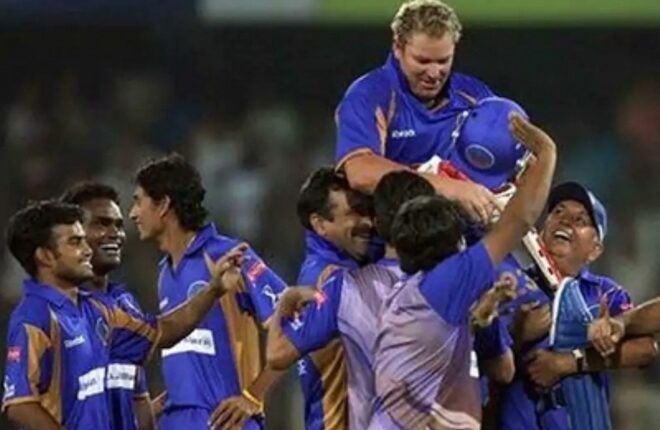 New Delhi (IANS) : Indian Premier League (IPL) franchise Rajasthan Royals paid rich tributes to legendary cricketer Shane Warne, who passed away on Friday at the age of 52. Warne was Rajasthan Royals’ first captain and led them to the IPL title in 2008.

Warne joined the Royals team in 2008 after quitting international cricket. Despite being written off as a title contender, the Royals, who didn’t have any big names in their line-up, went on to win the inaugural edition of the IPL under Warne’s captaincy.

The Royals blazed their way to the playoffs, finishing first in the points table and eventually went on to win the maiden IPL trophy.

Taking to Twitter, the IPL franchise wrote an emotional message.

“Shane Warne: The name stands for magic. Our first Royal; a man who made us believe that impossible is just a myth. A leader who walked the walk, talked the talk and turned underdogs into champions.

“A mentor who turned everything he touched into gold. We don’t have the words to express what we truly feel at the moment, but what we know is that the world is poorer today, as it will now exist without his smile, his brilliance, and his attitude to live life to its fullest. We’re completely heartbroken, as are millions of cricket fans all around the world.

“Warnie, you are forever going to be our captain, leader, Royal. Rest in peace, legend.”

Russia to deploy weapons at Chernobyl, Zaporizhzhya so that Ukraine can’t strike back