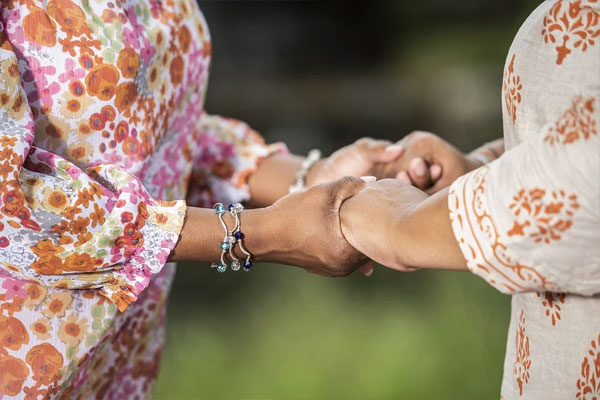 International Women’s Day is a day celebrated across the globe for ‘being a woman’ and many themes have been given due diligence in different times over the years. This year’s theme is ‘Gender Equality Today for a Sustainable Tomorrow’.

It would be quite apt to proclaim that India is marching ahead successfully to empower its women, who make almost 50% of the population, in every sector and all walks of life — from self help groups to CEOs of Fortune 500 companies to piloting the aircraft both in civil and defence sectors with examples numerous. The recent reports of National Family Health Survey (NHFS) -5 has suggested many such developmental achievements that India was struggling to achieve in the past since its independence where the progress has been sluggish at best in truly empowering women.

The importance of providing a toilet to millions of families where women had to wait for the sun down to attend to nature calls, has carved a niche in grassroots, empowering women and young girls while bringing a cultural transformation in society about open defecation and eliminating it completely shows with intention, resources and political will to empowerment of society especially, can take place and that too rapidly bringing positive changes in our ever-progressing society. Within a span of seven years, a staggering six lakh villages in India are proud to be declared Open Defecation Free (ODF), simultaneously 11.5 crore toilets are being made, which gave parity of esteem in gender equality to the women folks of India. The numbers of house-hold improved sanitation has gone up from mere 48.5% in NHFS-4 to over 70% in NHFS-5, which is a humongous leap in such a short span of time.

During this period, and also a matter of great pride to rejoice for everyone in the country that for the first time women have outnumbered men in terms of population ratio. There are now 1020 women for every 1000 men in NHFS-5. This ratio was earlier 991 women to 1000 men in NHFS-4. A spectacular achievement which pragmatically shows that women are being valued in our country and can be safely interpreted that at grass root level in our patriarchal society there is slow but significant change in the mindset about girl child in the family though this change is not uniform but with wide variations in different parts of the country across the north-south divide.

Today India is successfully promoting the education of women at all levels and around 72% of women are literate according to NFHS-5 data. This was around 52% in 2001 census. Though progress has been made significantly albeit slowly, the variations at different states are wide and urgent action needs to be taken especially by the states at the bottom of the list. However, it is pleasing to say that even in rural India the literacy rate among the women are on the rise suggestive of the transformational change taking place in the Indian society among the women who are more aware of her rights while slowly but steadily coming out of the patriarchal shadows.

Today, many would acknowledge the paradigm shift in empowering women in India and the benefits of ongoing women empowering policies like Jan Dhan Yojana (opening crores of bank accounts), PM Ujjwala Yojana (Providing LPG to women from marginalised sectors), Beti Bachao Beto Padhao (awareness of need of girl child), Suknya Samridhi Yojana (encourage saving of money for girl child), Nari shakti Puruskar (honouring women who contributed for women empowerment), One Stop Centre (supporting women who were subjected to women based violence), STEP (providing skills to generate women employment), Mahila -E- Haat (online marketing facilities for women entrepreneurs) and many more such policies have transformed the lives of Indian women due to better last mile delivery at the grass root level and increasingly women are being recognised for their potential in every field.

*The author is the National Secretary of Mahila Morcha, BJP India.