A police station that adopted a teenager 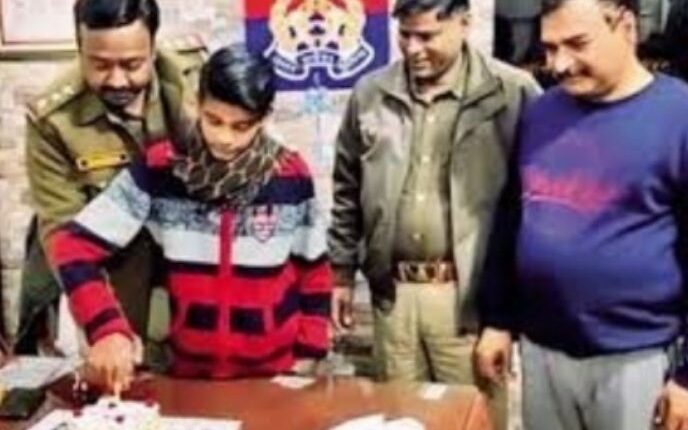 Meerut (Uttar Pradesh): In heartwarming gesture, a police station in Meerut district has ‘adopted’ a 14-year-old boy who had nowhere to go.

The boy, Anmol, lost his father in an accident two years ago and his mother is now in the mental hospital.

Sagar, station house officer (SHO) of the Kankerkhera police station, learning about the boy’s plight, decided to take the boy under his wings.

The SHO said, “Anmol has a desire to study and achieve something in life. I have spoken about his admission in some schools in the city and will soon start going to school. He spends most of his time with us. We have been taking care of him.”

Other police personnel at the police station also take care of Anmol who now treats it as his home away from home.

“The boy is extremely comfortable here. He stays here, talking to us, or browsing through books that we have given him. He has his meals with us and is not too demanding,” said another police personnel.

Anmol had lost his father in an accident two years ago and his mother slowly became mentally unstable.

“His mother had come to us with a complaint three months ago. That was the first time we came to know about her. She was in bad health. We later got her admitted to district hospital. She has now been referred to mental hospital in Agra,” the SHO said.

He said that he decided to take care of the boy because children his age, often, take to crime if they do not have guidance.

Anmol’s story came to light recently when a photograph of his cutting his birthday cake at the police station went viral on the social media.

Meanwhile, the Child Welfare Committee (CWC) has also taken note of Anmol’s case and has asked the SHO to appear before it.

“The SHO has been asked to appear before CWC on February 17 with all the information on the child,” said Anita Rana, a CWC member in Meerut.

IAF gets ‘desi’ dogs to scare away birds from runways