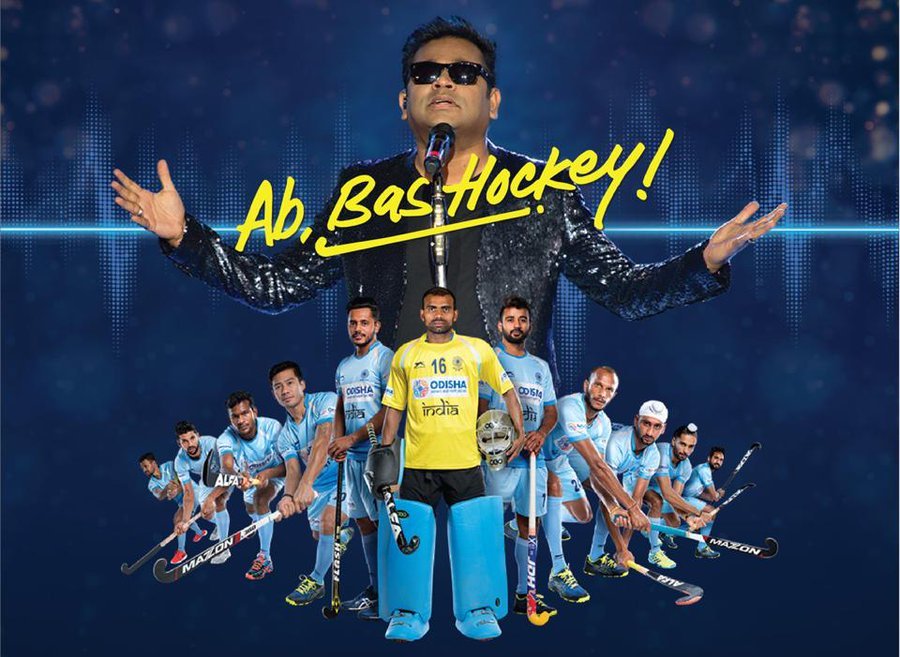 While ace lyricist Gulzar will pen the song, Rahman is scheduled to perform it live at the Kalinga Stadium here during the opening ceremony of the mega sporting event. It will be Rahman’s first performance in the state.

“Nothing says India more than our beloved sport hockey. And nothing is more exciting than the world’s biggest hockey tournament happening right here, on our turf,” Rahman said in a statement.

“It’s heartwarming to see the entire nation pledge their heartbeats for hockey. As an extension of pledging our heartbeats, Gulzar sahab and I have created the World Cup song. A song that will excite and inspire, as also get you on your feet,” added the music maestro.

“We are also fortunate to have Gulzar sahab add his poetic magic to the composition. Coming together of these two legends will not only inspire the players but will also get the entire nation together to support this wonderful game unfolding in Odisha at the world cup.”

Rahman is also directing the song’s video, which will be shot across the hockey heartlands of India. The song is set to release at the Kalinga Stadium inauguration scheduled for early October.

Delighted to announce that India’s pride @arrahman is creating official #HWC2018 Song with the legendary #Gulzar Sahab. At the Opening Ceremony of #HWC2018 Rahman will perform it Live, his first performance in Odisha. Let the musical symphony create magic#HeartBeatsForHockey pic.twitter.com/tt1Khwa5UG

Notably, the Men’s Hockey World Cup is scheduled to be held at the Kalinga Hockey Stadium from November 28 to December 16.