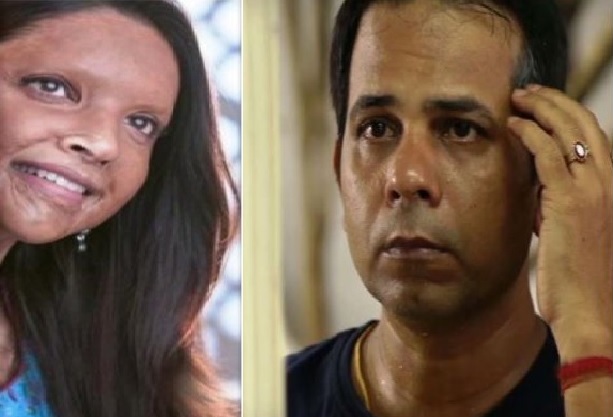 Bhubaneswar: Odia actor-director Chittaranjan Tripathy, who has acted in several Bollywood films and also played the prominent character of Trivedi in popular Netflix web series Sacred Games, has once again proved his mettle in the industry. The actor can be seen playing a significant role in Meghna Gulzar’s recently-released Chhapaak.

Tripathy, who directed Odia movies like Dhauli Express and Mukhyamantri, is playing the role of a police inspector in Chhappak, based on the life of acid attack survivor Laxmi Agarwal. The actor is receiving huge applause from audience for his performance in the flick.

A native of Chandabali of Balangir district and an alumnus of National School of Drama (NSD), Tripathy has acted in films like Shubh Mangal Saavdhan, Delhi 6, Fantom, Shaandaar, Talvar and Tera Mera Tedha Medha. His directional debut movie Dhauli Express (2007) earned him three Odisha State Film Awards. Recently, he was seen in a negative character in ALT Balaji and ZEE5 web-series M.O.M Mission Over Mars.

In a freewheeling chat with Ashadeep Mohanty, Tripathy talks about the acid attack issue, his experience working in Chhapaak and many more.

How was your experience working in Chhapaak, which is based on a true story of Laxmi Agarwal?

I have already worked with Meghna Gulzar in Talvar. This is the second time  I have worked with her. She is a brilliant director. I had a very good track in the movie. I was thrilled as well as excited when I got to know about the issue that the film is based on.

Honestly, I did not know much about Laxmi Agarwal before. But when I came to know about her tragedy and struggle after reading the script, I was literally in tears. So being a part of the movie itself is a big thing for me. And it was a very good experience working with such brilliant actors like Deepika Padukone and Vikrant Massey.

How important is it to pick subjects with such social issues?

Of course, such movies help a lot in creating awareness on social issues. There are so many anti-social elements in our society and I don’t understand what kind of mindset leads them to do such heinous crimes. Particularly, acid attack is more heinous than a murder. The perpetrators ruin the life of a person when she/he is alive. I think such movies will act as a catalyst in spreading awareness on the issue. Also, this might move the habitual offenders or attackers in a positive way thereby lessening such attacks in future.

Do you think stricter law or stringent action can curb acid attacks?

As far as I know, increasing cases of acid attacks were reported before 2012. There was no such law for this offence. Laxmi Agarwal had filed a PIL in the Supreme Court in 2006, the result of which came in 2013 when the SC directed all states to regulate acid sales. Though the number has decreased somehow, acid attacks are still prevalent. So a mere amendment in the Indian Penal Code (IPC) will not root out the issue and it is not the sole responsibility of a Government or the judiciary. Society as a whole should come forward and work towards it.

This apart, upbringing also plays a vital role in preventing various crimes in the society. So it all begins from home.

Do you think #BoycottChhapaak has any impact on the business of the film?

I am not too sure about it. I am an artiste, let me just stick to the artistic part of the film. (he giggles)

Any projects you are currently working on?

I am working with a few web series, including Hostages Season 2 on Hotstar, Rasbhari, Runaway Lugai and Raktanchal. Besides, I have two films with me, one  under the banner of Zee Studios and another of an independent production house.  But it is too early to share any further details.