A tribute to ‘Jaane Bhi Do Yaaro’ director Kundan Shah 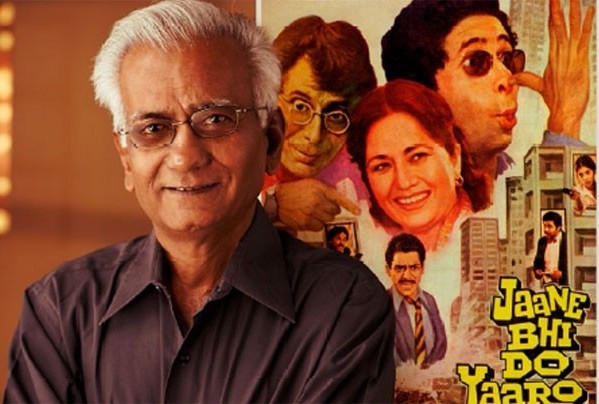 Mumbai: Filmmaker Kundan Shah, who gave Indian cinema a different brand of humour with the cult black comedy “Jaane Bhi Do Yaaro” and subsequently television shows like “Nukkad” and “Wagle Ki Duniya” with the ‘aam aadmi’ at the centrestage, died here early on Saturday, a family member said. He was 69.

“He died in his sleep early in the morning,” his relative told IANS.

Satish Kaushik, who wrote dialogues for “Jaane Bhi Do Yaaro” and acted in it, said Shah suffered a cardiac arrest.

The filmmaker, hailed by the Indian film fraternity as a “master storyteller”, would have turned 70 on October 19.

His tryst with learning about film direction began at the Film and Television Institute of India (FTII) in Pune. Just last week, he was at the institute for an event. He had even paid a tribute to actor Tom Alter, who died on September 29, and had spoken about a tentative script that he wrote for a part two of “Jaane Bhi Do Yaaro”, his debut directorial which came out in 1983.

In an interview to IANS, Shah had said he had applied for a loan of Rs 400,000 to make the movie, but then the production cost went up and finally it was made at a budget of Rs 725,000 as the National Film Development Corporation (NFDC) came on board as producer.

“Jaane Bhi Do Yaaro” narrated a tale of two simple and honest photographers, who witness a murder and get dragged into the corrupt real estate circle where politicians and bureaucrats are involved. The film, laced with slapstick comedy, didn’t fetch good box office, but achieved cult status with time.

“When I was making the film, I never thought it would be such an acclaimed movie. Every filmmaker has some dreams and this film has given me more than I dreamt of. It surpassed my expectations,” Shah had told IANS.

He had received his first and only National Film Award – Indira Gandhi Award for Best First Film of a Director – for it. This was the same award that Shah had returned to the Ministry of Information and Broadcasting during the student protests in FTII in 2015 over Gajendra Chauhan’s appointment as its chairman.

The movie featured actors like Naseeruddin Shah, Ravi Baswani, Om Puri, Pankaj Kapur, Satish Shah, Satish Kaushik, Bhakti Barve and Neena Gupta. And Shah believed it gave “a lot to the entire cast and crew and its success is beyond their imagination too”.

After making “Jaane Bhi Do Yaaro”, Shah moved to television and worked there for seven years — giving such gems as “Nukkad”, “Wagle Ki Duniya” and “Yeh Jo Hai Zindagi”, all of which gave the Indian telly audience a reason to laugh away their worries with stories of everyday struggles.

With its simple yet compelling narrative, the Doordarshan show “Nukkad”, told stories of lower income people battling issues while trying to survive in a tough social and economic climate.

“Wagle Ki Duniya”, based on cartoonist R.K. Laxman’s character of the common man, dealt with the woes of the middle-class Indian. With impeccable performances by Anjan Srivastav and Bharati Achrekar, it’s still etched in the minds of Hindi TV buffs of the late 1980s.

It is for Shah’s sensitivity towards the common man that filmmaker Prakash Jha dubbed him as the “Common Man of Cinema”.

“He was a good man and a genius filmmaker,” Suchitra, who wishes a “glorious afterlife” for Shah, told IANS.

In a long career, Shah came up with few but impactful works.

Filmmaker Mahesh Bhatt described Shah as a brave man “who added vigour to the alternate cinema stream with movies like ‘Jaane Bhi Do Yaaro'”.

Seven years after “Kabhi Haan Kabhi Naa”, Shah came up with “Kya Kehna”. With teenage pregnancy at its core, the Preity Zinta-starrer was ahead of its time and did well. His subsequent projects “Hum To Mohabbat Karega”, “Dil Hai Tumhaara” and his last movie as a director “P Se PM Tak” failed to get commercial success. (IANS)

Youth beaten to death by friends in Odisha’s Bhanjanagar, 5 detained