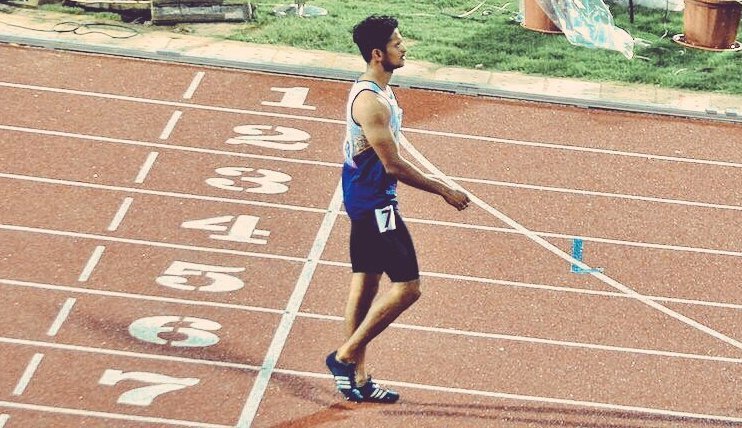 Bhubaneswar: In a heartbreak for those supporting Odisha athletes in the 22nd Asian Athletics Championships being held at the Kalinga Stadium here, Amiya Kumar Mallick was today disqualified in the semi-final of the men 100 metres sprint event.

Mallick was out of the competition due to a false start in heat 3 of the semi-final round.

“I had specially come to see Amiya perform on the track. But his disqualification broke my heart. He disappointed,” said Prakash Nayak, a sports lover.

Earlier in the morning, the Indian men’s 4×100 relay team was disqualified after one member of the quartet crossed his lane during the exchange of baton in the final turn.

The Indian team of John Anoorup, V.K. Elakkiya Dasan, J. Debnath and Amiya Kumar Mallick finished the race ahead of Korea. But they were later disqualified.

The frustration of athlete Amiya Kumar Mallick was evident after he had actually outrun his Korean counterpart despite the error in an inspired last sprint.

“I don’t know what happened to Amiya. We lost a sure individual medal,” Anuradha said.

She, however, exuded confidence that Amiya will come back to his form and perform better in the 200-metre sprint event to be held on Saturday.