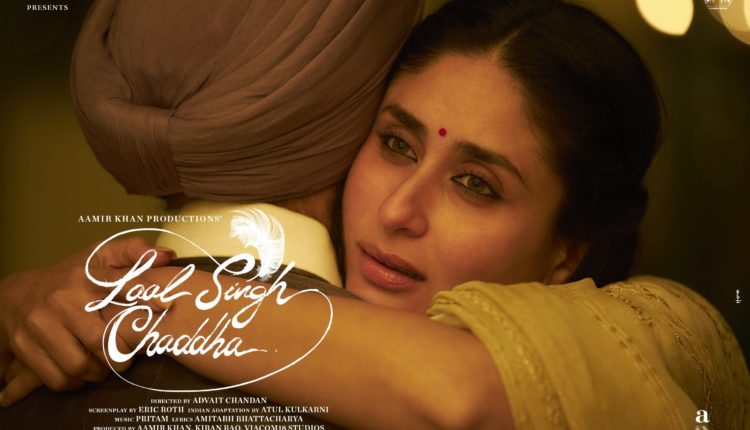 Bhubaneswar: While people across the globe are busy in celebrating Valentine’s Day with their loved ones, Bollywood’s ‘Mr Perfectionist’ Aamir Khan surprised all by wishing his co-actor in his own style.

Aamir has a big treat on the occasion of Valentine’s Day as his upcoming film ‘Laal Singh Chaddha’ starring Kareena Kapoor Khan, one of his favourite actresses in Bollywood, was announced today.

The actor cannot stopped himself from expressing his thoughts for Kareena. He revealed the first look of the actress from the movie on the Valentine’s Day.

In the new poster, Kareena is seen in a yellow suit, wearing a red bindi on her forehead with minimal make-up and hugging Aamir Khan aka Laal Singh Chaddha adding depth to her character.

“#HappyValentinesDay Kareena. I wish I could romance you in every film… comes naturally to me 😉 Love.a”, Aamir wrote on his Twitter handle.

Directed by Advait Chandan, ‘Laal Singh Chaddha’ is slated for release on Christmas 2020.

Kareena’s special birthday wish for her…