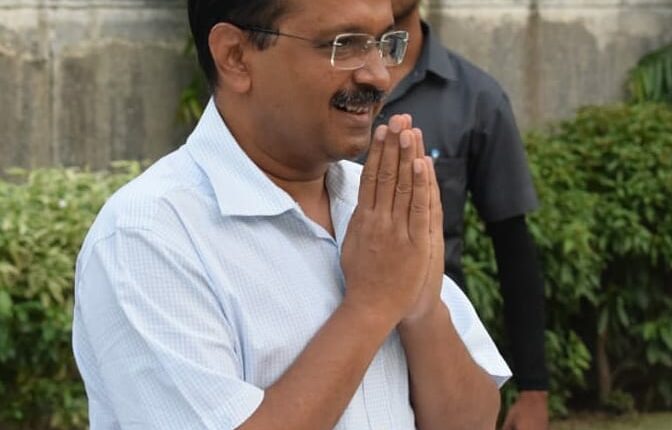 New Delhi: The ruling Aam Aadmi Party (AAP) in Delhi on Tuesday alleged that the Delhi Police has put Chief Minister Arvind Kejriwal under house arrest, a day after he visited the agitating farmers at the Delhi-Haryana Singhu border, a charge denied by the force.

In a tweet, the AAP from its official Twitter handle said, “BJP’s Delhi Police has put CM Arvind Kejriwal under house arrest ever since he visited farmers at Singhu Border yesterday.”

However, a senior Delhi Police officer told IANS, “The police have not put Kejriwal under house arrest. All these reports are false.”

The AAP in a statement also alleged that the Delhi Police with the help of the BJP has house arrested Kejriwal here at his residence.

“All the meetings of the Chief Minister have been cancelled,” it said, adding that on the orders of the Union Ministry of Home Affairs, the police brought all the three mayors of the civic bodies to protest outside the Chief Minister’s residence.

“And in the backdrop of the three mayors sitting on protest outside Kejriwal’s residence they have barricaded the residence premises, due to which Kejriwal cannot go out and no one can meet him at his residence,” it alleged.

The AAP accused that this has been done by the Delhi Police on the orders of the MHA in the wake of the Bharat Bandh called by farmers.

If pizza, burgers and smartphones can be delivered home then…