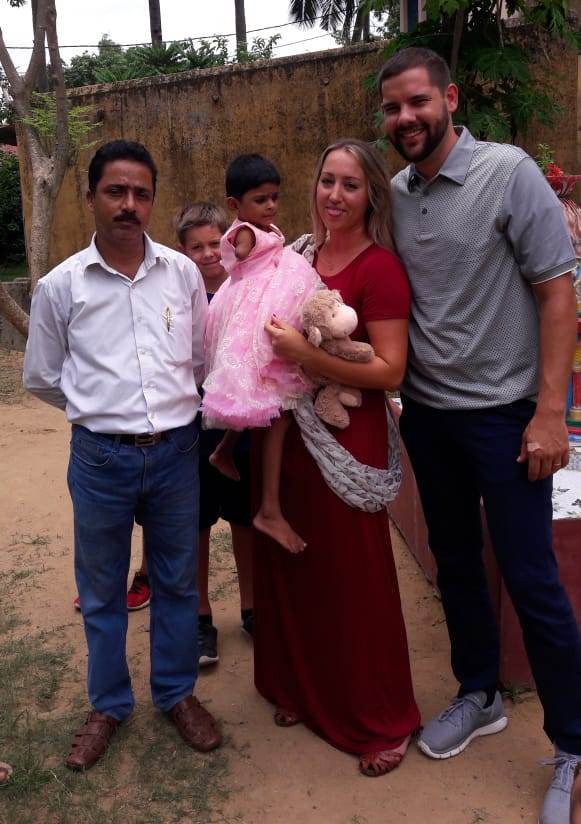 Bhadrak: Once she was considered unwanted by her biological parents and abandoned her to die. But, destiny had other plans for Aparajita – brought up in an orphanage in Odisha’s Bhadrak district— has been adopted by an US couple.

The six-year-old girl will be shifting to her new home in the US with her new parents.

The couple – Mathe James Spoda and Meredith Kai Spoda – adopted the one-handed girl who was abandoned near Bhadrak bus stop over six years ago. The newborn was rescued from the jaws of stray dogs that were nibbling on her.

With the help of locals, the girl was rescued on February 18, 2012 and rehabilitated at ‘Batsalya’ child care.

The couple evinced interest to adopt the girl child and approached the authorities for adoption formalities.

“We are blessed with two baby boys and wanted a girl child. So, we thought of adopting her,” expressed Meredith.

“It is an emotional moment for us. We are happy that Aparajita is being adopted. We have asked the couple to keep us posted about her every six months,” Dr Sudarsan Barik said.