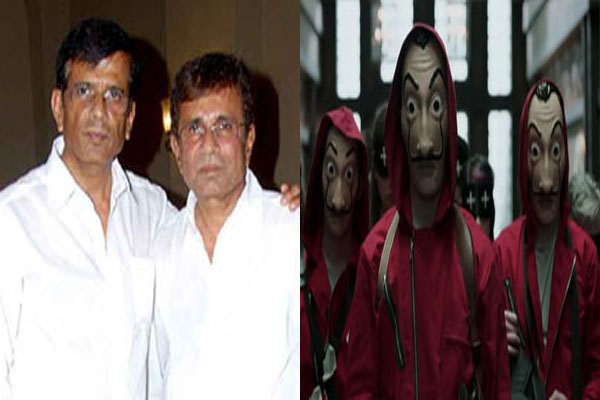 Bhubaneswar/Mumbai: ‘Money Heist’ fans! Here’s a treat for you. Bollywood’s director-duo Abbas Mustan is gearing up to start shooting for their next project and as per media reports, it’s going to be a desi adaptation of the popular Spanish classic series.

Pinkvilla recently quoted a source who said that Abbas Mustan are back with their genre of expertise- thriller with this project and they are going to start shooting for the same from November 11.  The title of the movie in making has been slated as ‘Three Monkeys’ and it is going to be a robbery-based thriller, drawing parallels with the popular Spanish series ‘Money Heist.’

Giving away quick spoiler, the source said the story would revolve around three male characters and a professor who would be a mastermind of the robbery. The star cast in the upcoming project will be announced soon. Moreover, the audience could expect hidden motives from every character in the movie and that certainly would brew the elements of suspense and thrill among them.

‘Three Monkeys’ is being expected to release in the second half of 2022. With this, the director-duo that aces the thriller genre in the entertainment industry will mark their return to movie direction after odd five years.

Abbas Mustan are gearing up for their digital debut with ‘Penthouse’. The show casts Tisca Chopra, Arjun Rampal, Bobby Deol, Sharman Joshi and Mouni Roy among other actors.