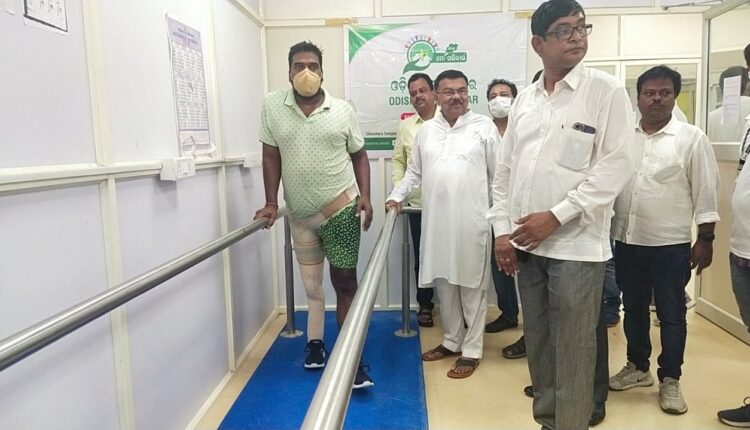 Cuttack: An artificial limb was provided today to 34-year-old youth Kirtiranjan Debata from Bidanasi locality of Cuttack City, who had once lost his leg in a road mishap.

Kirtiranjan was shown the ray of hope by an NGO named ‘Odisha-Mo Paribar’, a source said.

According to the source, Kirtiranjan had sustained grievous injuries in his right leg in the fatal accident that took place in 2020, December 5. As he was previously suffering from diabetes, his leg got slowly damaged and doctors treating him advised for amputation.

Subsequently, Kirtiranjan’s right leg was amputated just above the knee on December 11.

The accident victim suffered utter difficulties after the amputation.

The frustrated youth Kirtiranjan had earlier approached a number of NGOs to provide him the artificial limb. However, Odisha-Mo Paribar came forward and helped him out.

“Earlier, I was living in a state of despair. With the help of this artificial limb, I will now be able to walk and be able to eke out a living for myself,” the accident victim gleamed.

Ratan Tata invests in startup that connects the elderly with…