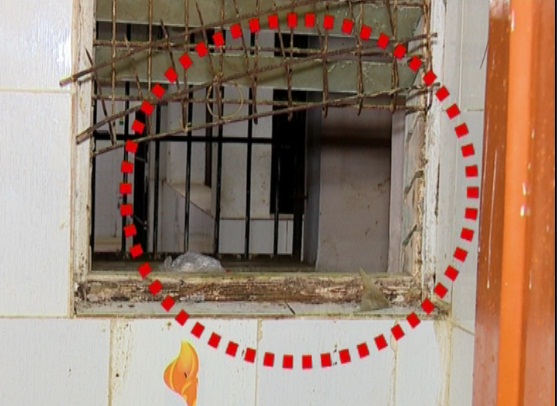 Bhubaneswar: An accused in various crimes escaped from police at the Capital Hospital by breaking the toilet window here. Later, he was nabbed again last night.

The accused was identified as Prithviraj Guru alias Vicky.

According to reports, Guru was arrested by Airfield police from Panchgaon area on outskirts of Bhubaneswar yesterday. As he had sustained injury on his head, the police had brought him to the Capital Hospital for medical examination. On his request, he police allowed him to use the hospital toilet where he managed to flee by breaking the window glass.

After police did not find the accused inside the toilet, they launched manhunt operation to nab the criminal.

Acting on a tip off, a team of police raided the residence of Guru at Panchgaon where they managed to catch the accused again last night and brought him to the Airfield Police Station. He is being interrogated in connection with the crimes including murder.